Katz is expected to present the plan when he address a regional transportation conference, called the IRU World Congress, which will convene is Muscat from November 6th to 8th. 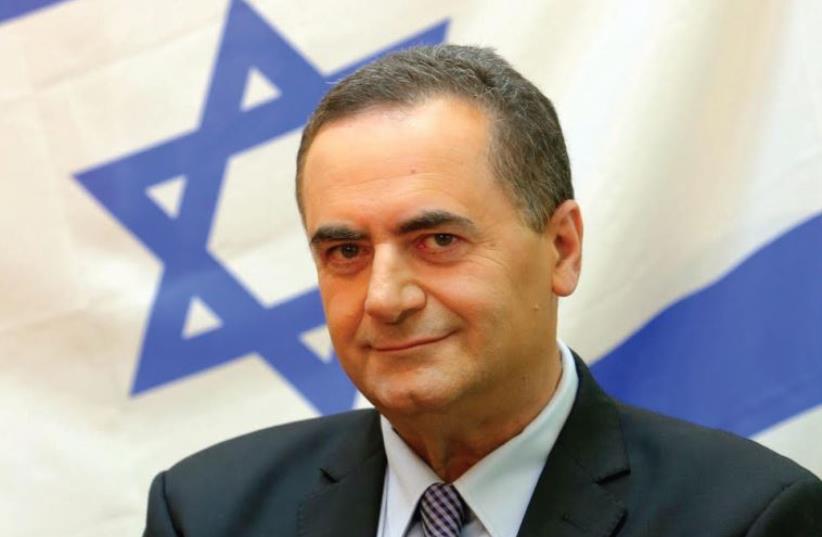 Israel Katz
(photo credit: MARC ISRAEL SELLEM)
Advertisement
In a sign of continued warming ties with the Arab world, Transportation and Intelligence Minister Yisrael Katz will head to Oman to push for a regional rail line that will link Haifa with Jordan, Saudi Arabia and the Gulf States.“The initiative called “Tracks for Regional Peace” is aimed at connecting the Mediterranean Sea and the Arabian Gulf (the Persian Gulf) by rail via Israel as a land bridge and Jordan as a regional transportation hub,” Katz’s office said.Katz is expected to present the plan when he address a regional transportation conference, called the IRU World Congress, which will convene is Muscat from November 6th to 8th. According to his office, “This is the first time an Israeli Minister has been formally invited to participate in an international conference in Oman.”His office added, “The invitation reflects the strengthening ties between the two countries.”  Katz’s visit follows a surprise trip Prime Minister Benjamin Netanyahu made on Friday to visit. Sultan Qaboos bin Said Al Said. Oman and Israel do not have diplomatic ties. The last Israeli leader to visit the Sutlan was former prime minister Shimon Peres in 1996.Netanyahu spoke of the visit at the start of the weekly cabinet meeting. “On Friday, my wife and I returned from a historic diplomatic visit to Oman. I met with the leader of Oman; Sultan Qaboos bin Said, a very experienced and impressive man. “This is Israel's first official visit to Oman in 22 years. This visit comes against the background of diplomatic efforts that I have been promoting in recent years vis-a-vis the Arab countries. In our long meeting we discussed in detail the challenges facing the Middle East. These were important talks - both for the State of Israel and very important talks for Israel's security. There will be more,” he said.Separately Communications Minister Ayoub Kara is expected to head to Dubai on Tuesday to participate in a conference of the International Telecommunications Union.