"It’s all about a person’s ability, not gender or sexual orientation.” 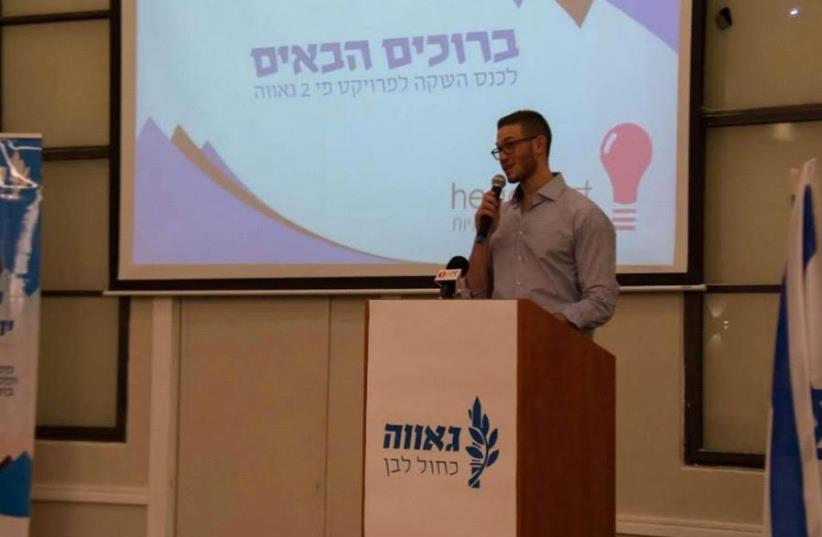 The Israeli Pride Times Two event at Beit HaChayal
(photo credit: YUVAL WEITZEN)
Advertisement
Dozens of people came to Tel Aviv’s Beit Hachayal (Soldier House) on Thursday evening for the launch of “,” a project that aims to double the number of female and LGBT combat soldiers.The project, headed by Omer Nahmany, aims to promote and assist such recruits toward having a meaningful service, both before they enlist, during their service and afterward.While Israel still has a way to go in regards to equal rights for members of the LGBT community, “the army understands our strength, unlike some of those in Israeli politics and society,” Nahmany told The Jerusalem Post.“The IDF is one of the most progressive armies in the world.We want to maintain the IDF as a meeting point for Israeli society, but there are those who try to push us out,” he said, referring to extreme right-wing organizations and rabbis who have made disparaging comments about LGBT or female soldiers.Nahmany told the Post that he “joined forces” with several friends and decided that instead of reacting they would be proactive and try to bring more such recruits into the army, especially in combat roles.Only female lawmakers – Stav Shaffir (Zionist Union), Yael German (Yesh Atid), Sharren Haskel (Likud) and Meirav Ben- Ari (Kulanu) – were invited to speak at the event. “It’s a statement we chose to make because women are always the first to be attacked by extremists,” Nahmany said.During the speeches, lawmakers were interrupted by several hecklers, demanding that they address the issue of the “occupation”; the crowd “clapped out” the interrupters before they were escorted out of room.“I am attacked by the extreme Left and the extreme Right. I must be doing something right!” Nahmany told the Post following the event.Shaffir, who spoke first, told the crowd that she gets many letters from soldiers who are afraid to come out of the closet because of threats they receive.“We are seeing a wave of comments against women and LGBT members in the army by those who never served and who are trying to bring us backward by years, she said.”Haskel, who served in the Border Police, told those in attendance that one’s time in army is a critical aspect of one’s life.“If I didn’t serve in the army, I wouldn’t be here today. It gives you so much, it opens your mind to the fact that there are no boundaries,” she said, adding that it was only during her service that she “realized my true abilities, physically and mentally.“After my service, a number of girls that I served with, that I shared everything with, came out as lesbians. How is it that we shared so much, but they couldn’t share this?” she asked.This organization aims to change that.In the upcoming months the organization will create pre-military preparatory courses designed to empower and provide guidance and tools for women and LGBT community members interested in combat service.There will also be mentoring by female or gay former combat soldiers to soldiers throughout their service, and a conference honoring those from the LGBT community who serve in the security forces.According to Nahmany, there are not many people who can act as role models for these combat soldiers. “An LGBT teen who comes into the army can have very low self-esteem, and if there are no LGBT officers they would think they are alone and have no one to speak to.”But, with the mentors serving as role models, women and LGBT soldiers will have a more meaningful and successful service, he said.“Women who during their training feel like they can’t succeed, that they can’t complete their training, at the most critical moments will have someone to call, someone who understands them and who speaks their own language,” Nahmany said.One of the members of the project, Shahaf Ben Yakov, is one of those who can speak the same language as female combat recruits, telling the crowd that she was the only woman out of seven to finish her training.“When girls enlist they need to prove to both themselves and others that they are strong and can succeed. I came prepared, both physically and mentally, to be a combat soldier.But I realized that many girls don’t come prepared,” she said. “I grew up in an environment where I was told I could do anything and everything, but many girls don’t grow up like that.”Another member of the project, Limor Sevillia, served in the IDF for five years as a combat engineer, and came out as a lesbian in front of her soldiers.Sevillia, who still serves in the reserves as a company commander, told the Post that she is passionate about helping other LGBT and female combat soldiers and that she plans to be one of the mentors.Regev Barak, another member of the organization, told the Post following the event that the challenges for these recruits are “tougher than what others face.“We need to make sure that the best people protect the State of Israel, in the best roles that they are suited for. It’s all about abilities. If a woman has the ability and qualifications to be a high-ranking officer in the army, she should do it. It’s the same with LGBT soldiers.It’s all about a person’s ability, not gender or sexual orientation,” Barak said.And that’s what Nahmany and the project hope to get across to those who are working to keep these people out of the army.“The LGBT community has come a long way in 20 years,” Nahmany told the Post. “We are serving in the army, we are dying for our country and now it’s time to take our country back.“For the first time we are saying that the LGBT community and women are strong. We are not asking for any help. We are fighting extremism, and anyone who wants to do the same, you are welcome to join us.”