Israeli 'spy vulture' returned safely after being captured in Lebanon

The transmitter worn by the vulture indicated that the vulture was observed in a Bint Jbail quarry, about 4 km. north of the Israeli border, the INPA said on Tuesday. 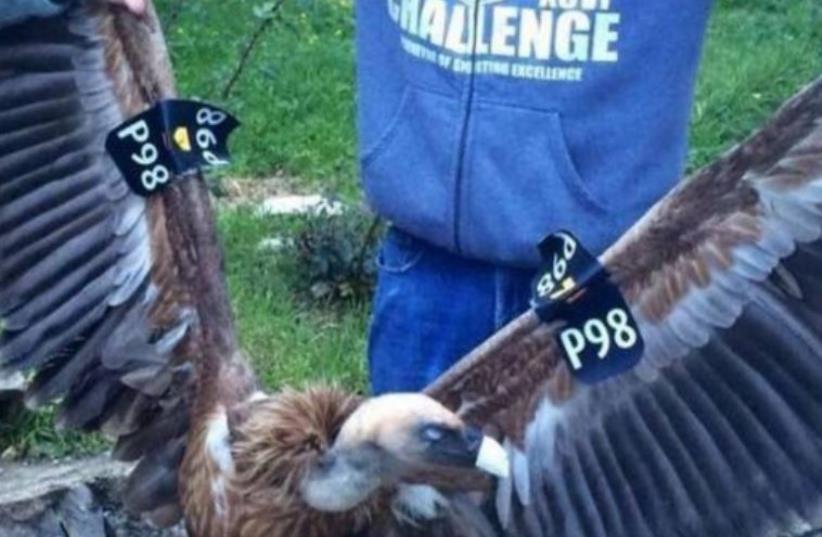 Israeli spy vulture captured in Lebanon
(photo credit: ARAB MEDIA)
Advertisement
In a discrete operation carried out by Lebanon in conjunction with UN forces, the Israel Nature and Parks Authority [INPA] said Friday that  the Israeli "spy vulture" it had been monitoring was return into their custody. The vulture which was caught before several days  in the southern Lebanese town of Bint Jbail.On Tuesday, residents saw and captured the bird in order to prevent it from attacking citizens, claiming that the griffon vulture (also known as the Eurasian griffon) was an "Israeli spy" due to the equipment it was carrying, according to Lebanese media. The same reports said that once the town’s security staff determined that the bird was not a threat, it was released. The transmitter worn by the vulture indicated that the vulture was observed in a Bint Jbail quarry, about 4 km. north of the Israeli border, the INPA said on Tuesday.The vulture in question was released in the Gamla Nature Reserve about a month ago, after arriving to Israel on an Arkia flight from Catalonia in July 2015, the INPA explained. In bringing in the vulture from abroad, officials hoped to increase the population of what has become an endangered species throughout the Middle East in general, and particularly within Israel.“In the 21st century we expect that people would understand that wild animals are not harmful and that their role is to act according to nature,” said Ohad Hatzofe, an avian ecologist for the INPA. “We hope that the Lebanese will take care of him and release him.”