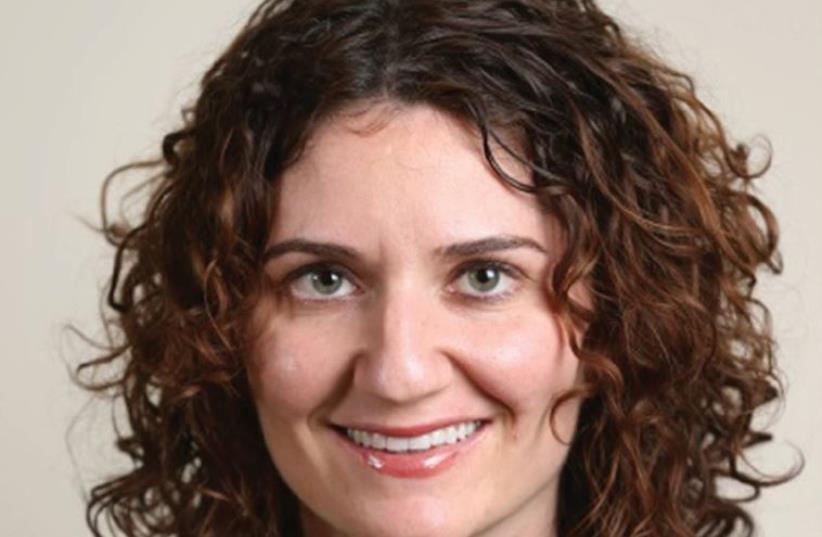 LIORA BOWERS
(photo credit: TAUB CENTER)
Advertisement
Women in Israel are employed more than in OECD countries, though they still earn less, according to a Taub Center report released for International Women’s Day.The study, conducted by Liora Bowers, director of policy, and researcher Hadas Fuchs, compared employment among women and employment rights of new parents in Israel and the OECD.According to the findings, women in Israel are employed at relatively high rates – seven percentage points higher than that of women in the OECD.The report also found the employment rates among women improved over time.In 2014, the employment rate of women aged 25-54 stood at 74 percent, an increase of 20% from 1990. The report further noted that among this age group, employment rates of men and women were nearly identical.Despite the high rates of female employment, the findings indicated that approximately a third of employed women work part-time. The study revealed that caring for children was the main reason for limited employment.With regards to wages, the report noted that there remains a 14% gap in hourly wages between men and women in Israel – though this figure is similar to the average in OECD countries.According to the researchers, the main increase in female employment came from mothers of young children, particularly those without an academic degree.In 1995, only about half of women aged 30-40 with children ages 0-4 were employed, while in 2011 the figure rose to 69%. By comparison, among men aged 30-40 who were fathers of young children, there was no change in employment rates between 1995 and 2011, with 84% employed in both periods.The employment rate for mothers of children aged 0-4 who have an academic degree increased from 78% in 1995 to 84% in 2011, while the increase in employment among women without a university education was greater, from 47% in 1995 to 60% in 2013.With regards to benefits for parents, the report found that there is a gap between Israel’s policies towards parents and policies of other OECD countries.“In general, Israeli society – in terms of culture and government policy – encourages both fertility and women’s labor market participation. Government policies include job protection during pregnancy and for up to one year after birth, 100% of salary replacement during the months of paid maternity leave, and a one-hour paid reduction in working hours during the four months following maternity leave,” the researchers noted.However, according to the findings, Israel is one of only five OECD countries that does not grant any parental leave specifically to fathers. As a result, only 0.4% of people taking parental leave in Israel are men – the lowest percentage among 24 OECD countries.The OECD average stands at 16% of men taking parental leave.While in Israel, it is possible for both parents to share in the parental leave granted, in practice, policy does not encourage this division.The researchers found that 20 OECD countries provided paid (partial or full) paternity leave for fathers immediately after birth, and about 75% of fathers take advantage of this benefit. By contrast, Israel does not give any paid paternity leave to fathers.The report noted that the situation in Israel is better than that of the OECD in one area – maternity leave payment granting 100% of a mother’s salary during paid leave.In contrast, in 21 OECD countries child leave is paid out at only a portion of the salary for those earning an average salary.As such, in most OECD countries, although maternity leave is longer, women receive less than their full salary, the report found.The Taub Center report also provided steps that Israel should take to “align its policies” with those common in the OECD.Among the steps included: granting fathers paid leave of 10 days at full salary for every child born; combine the 12 weeks of unpaid maternity leave and up to one year of “leave without pay” benefits into one sixmonth benefit renamed “parental leave,” to be provided to a parent who has worked at least 12 months with their current employer; allow parents to return to work gradually by using only a portion of leave to return to work on a part-time basis.