The Israel Nature and Parks Authority reported about 100,000 travelers at its nature reserves and national parks. 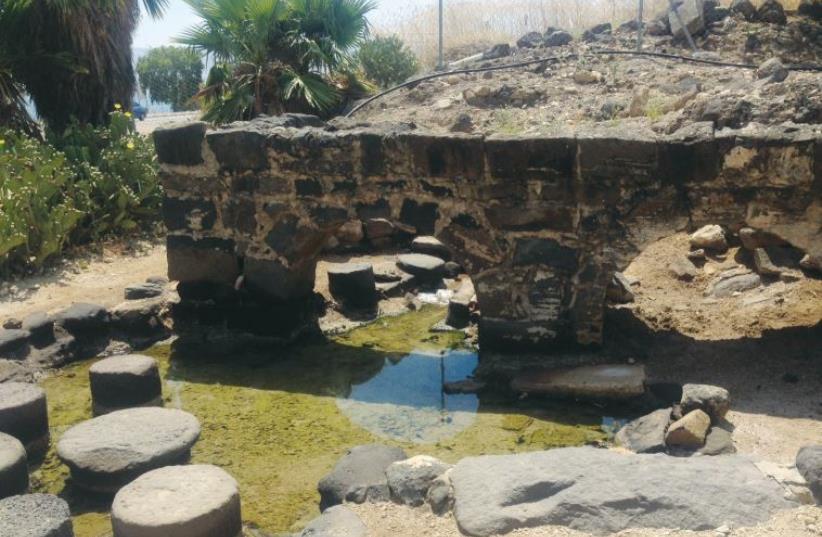 The serene Hamat National Park.
(photo credit: MEITAL SHARABI)
Advertisement
With sunshine and blue skies overhead, more than 100,000 Israelis took to the nation's parks on Monday, celebrating Succot in wildlife and on hiking trails. The Israel Nature and Parks Authority reported about 100,000 travelers at its nature reserves and national parks, while Keren Kayemeth LeIsrael-Jewish National Fund said that additional tens of thousands of people arrived to the organization's forests and parks. Among the most popular places visited on Monday were campgrounds and sites with natural water attractions, according to the INPA. In the North, the INPA said that Israelis came in droves to the Banias, Nahal Iyon, Nahal Snir and Tel Dan nature reserves – all of which contain either streams or waterfalls or combinations of the two. Meanwhile, about 2,500 lodgers stayed at INPA campsites overnight Sunday into Monday, with about 1,000 sleeping at those along the nation's beaches, the authority said. Around the country, a horse show at the Caesarea National Park's hippodrome was particularly popular, receiving about 8,000 visitors, while thousands of people hiked at the Ein Gedi Nature Reserve and Ashkelon National Park, the INPA added. KKL-JNF foresters reported thousands of cyclists taking to the organization's paths, as well as picnic areas reaching nearly full occupancy in most areas. As members of the public continue to head outdoors this week, the foresters stressed the importance of observing rules both regarding cleanup and fire safety. At many sites, rangers are distributing garbage bags to travelers in order to curb litter accumulation, the organization said.   The most popular KKL-JNF sites in the North on Monday were the Biriya Forest campsites, Mordot Carmel-Nazareth, Goren Park, Adamit Park, Ahihud Forest and Agamon Hahula. The most commonly visited sites in the country's Center included the Ben Shemen Forest, Ayalon Park, British Park, Hulda Forest and the forests along the hills of Jerusalem. Meanwhile, in the South, Israelis arrived en masse to Golda Park, Yeruham Park and Dimona Park, KKL-JNF reported.