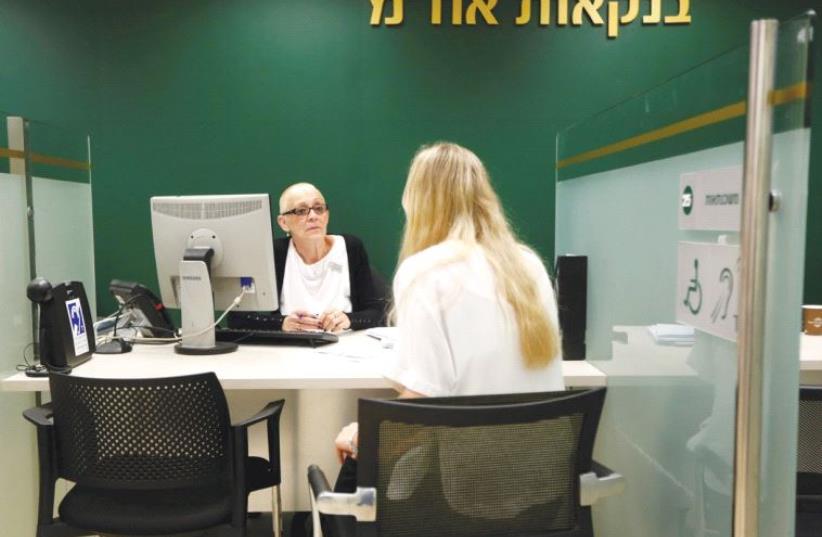 WOMEN IN ISRAEL still earn less than similarly educated men in the same age group, relative to other OECD countries.
(photo credit: REUTERS)
Advertisement
The pay gap between male and female employees grew in 2018, according to data published by the Central Bureau of Statistics.For a salaried male worker, median monthly gross income stood at NIS 9,207 ($2,654) while the median female worker earned NIS 6,782 ($1,955), the annual report by the CBS revealed.The 27.5% gender wage gap shows a significant increase since the 2017 report, when the median gap stood at 24.7%.Wage inequality also grew slightly in the case of average monthly salaries, with the average man earning NIS 12,498 ($3,603) per month compared to an average wage of NIS 8,546 ($2,464) among women. In 2018, the average wage gap stood at 31.6%, compared to 31% in 2017.While part of the gender pay gap is explained by the difference in the average number of working hours between men and women (44.7 and 36.9 weekly hours, respectively), there was also significant inequality in average income per hour.The average gross income per hour for a male employee was NIS 66.3 ($19.11), compared to NIS 55.7 ($16.06) among female employees.There were also significant pay gaps between the Jewish and Arab sectors of the Israeli population, the annual report showed.Gross monthly income resulting from paid employment among Jewish Israelis stood at an average of NIS 11,191 ($3,226), compared to NIS 7,338 ($2,116) among Arab-Israelis. The wage gap of 34.4% marks a decrease from 35.6% in 2017. Among Israeli citizens, average hourly income was NIS 65.6 ($18.91), compared to just NIS 41.7 ($12.02) among Arab-Israelis.The report also showed that an employee’s income increased in correlation with their level of education. The average gross hourly income of an employee with 16 years of education (NIS 89.9/$25.91) was 50% more than the average employee (NIS 61.7/$17.79), and 160% higher than an employee with fewer than nine years of education (NIS 34.6/$9.97).At all levels of education, the report detailed, gender pay gaps still remained. The largest disparity (22.3%) was found among employees with at least 16 years of education – an average of NIS 100.80 ($29.06) among men, compared to NIS 78.40 ($22.60) among women.The CBS also published a report on Tuesday concerning the financial assets of Israeli households. According to the data, 13% of Arab-Israeli households did not have a bank account in 2018, compared to less than 1% of Jewish households.A total of 42% of households (representing 4 million individuals) who do possess bank accounts said they had been overdrawn during at least one month over the past year. Some 22% reported that being overdrawn was their usual status, and had entered their overdraft for at least 10 out of the past 12 months.More than half (51%) of Arab-Israeli households reported that no family member owned a credit card, compared to just 11% of Jewish households, the report stated.