Israel's Labor party race and a tale of two millionaires 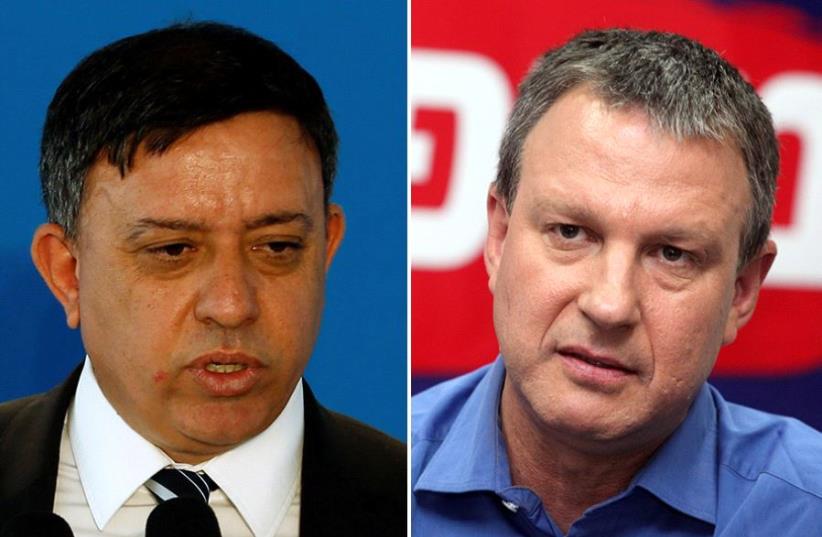 Gabbay and Margalit
(photo credit: REUTERS,MARC ISRAEL SELLEM)
Advertisement
Once upon a time, there were two self-made millionaires who sought the chairmanship of Israel’s Labor Party.They both were impressive people who had everything going for them: Very bright, good-natured, good-looking, charismatic, likable, philanthropic men with very supportive families and touching life stories that could make Labor voters proud.Their ideology was virtually identical and their loathing for Prime Minister Benjamin Netanyahu was intense, which was another good thing to have on a résumé in this race.Both knew that the incumbent leader Isaac Herzog’s loss was inevitable and that therefore, Labor needed a leader without a party for a party without a leader.
VOTERS IN TEL AVIV EXPRESS THEIR HOPES FOR THE LABOR PARTY
But both had a problem with name recognition in a contest against MK Amir Peretz, the longest-serving legislator in the Knesset, and former Labor leader and minister of defense.So what were the two self-made millionaires in our story to do?This is where former-environmental protection minister Avi Gabbay and MK Erel Margalit took divergent paths.Gabbay decided to run a clean campaign. In interview after interview, debate after debate, journalists seeking headlines left disappointed, but Gabbay made no enemies.Under the guidance of strategist Moshe Klughaft, Margalit started to swear, shout and slam his opponents until people couldn’t help but notice him and learn his name.Margalit tried to embarrass Gabbay about voting for the Likud and wrongly suggested that he did not know English (his Australian wife teaches the language). He blasted Herzog for his efforts to join Netanyahu’s government, which in retrospect was a serious attempt at initiating a peace process Labor members desperately desire.He tried to paint Peretz as corrupt, even calling upon him to quit politics. And Margalit tried to help Netanyahu get indicted, which was the only thing on this list that wasn’t a mistake in retrospect.The difference in the results of these two strategies were as stark as the differences in the strategies themselves. Gabbay received 8,395 votes, 27.08% of ballots cast, earning a place in Monday’s runoff race against Peretz. Margalit won 4,997, which was 16.1%, finishing a distant fourth.What does this teach us?First of all, Donald Trump’s negative campaigning would not have worked in Israel. Cursing doesn’t cut it for Israelis. We are sick of hearing who is crooked, especially the week a prime minister left prison.Secondly, positive campaigning could work. Perhaps if he did not focus so much on his opponents, more people would have known how Margalit’s tremendous personal success and unheralded effort to employ tens of thousands of Israelis from the Galilee to Jerusalem, to the Negev could have benefited the party and the country.And the final lesson of our tale of two self-made millionaires (no matter what happens in Monday’s runoff race) is that fairy tales can indeed come true.