Israel's Rafael to sell $100m. worth of Barak 8 missile kits to India

In keeping with its commitment to Make-in-India, KRAS is a Joint Venture between RAFAEL Advanced Defense Systems Ltd. and Kalyani Strategic Systems. 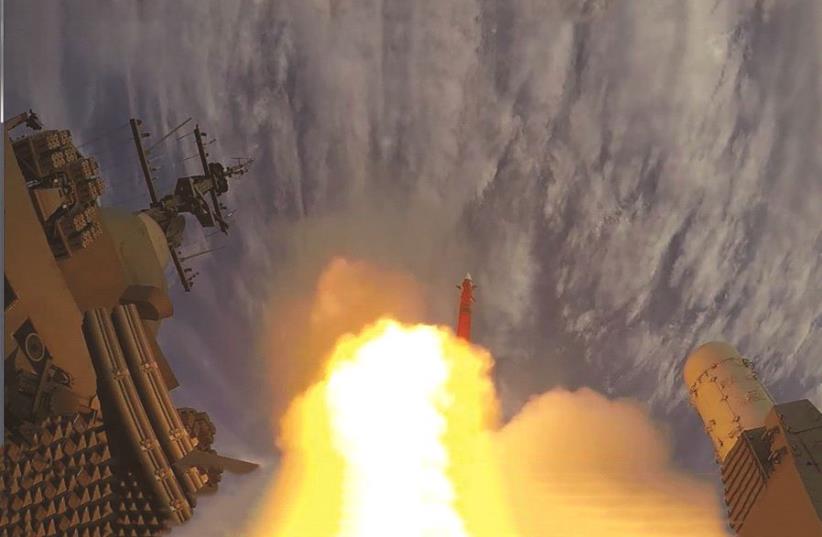 The Barak 8 surface-to-air missile
(photo credit: IAI)
Advertisement
Israel’s Rafael Advanced Defense Systems signed a $100 million contract with KRAS (Kalyani Rafael Advanced Systems Ltd. India), to manufacture and supply 1,000 Barak 8/ MRSAM missile kits for the Indian Army and Air Force.In keeping with its commitment to Make-in-India, KRAS is a joint venture between Rafael Advanced Defense Systems Ltd. and Kalyani Strategic Systems.The joint venture was established with the vision of manufacturing weapon systems required by the Indian Defense Forces, as well as for the export market. KRAS is expected to ramp up its employees to 300 technical experts by 2023.The MR-SAM system, jointly developed by India’s Defence Research and Development Organization (DRDO) in close collaboration with Israel’s Israel Aircraft Industry (IAI), is a land-based configuration of the long-range surface-to-air missile (LRSAM) or Barak-8 naval air defense system.Each MR-SAM system includes a command and control system, tracking radar, missiles and mobile launcher systems. The missiles, which can be fired in single or ripple firing modes from a vertical position, are launched in canister configuration, and the launcher will have eight canistered missiles in two stacks.Brig.-Gen. (res.) EVP Pini Yungman, head of Rafael’s air defense systems division, emphasized KRAS’s commitment to the operational readiness of the Indian army and Indian air force, saying that “we at Rafael are proud of our role – not only in KRAS – but also of our participation in Make-in-India, and our strong relationship with the vibrant talent across India’s defense industries.”“This order is a testimony to the capabilities that exist in the country and how they can be utilized to truly achieve the aim of ‘Make-in-India’,” said Baba Kalyani, chairman of the Kalyani Group.