"We are Jewish but not religious, so have a right to stay open during Shabbat," says merchant. 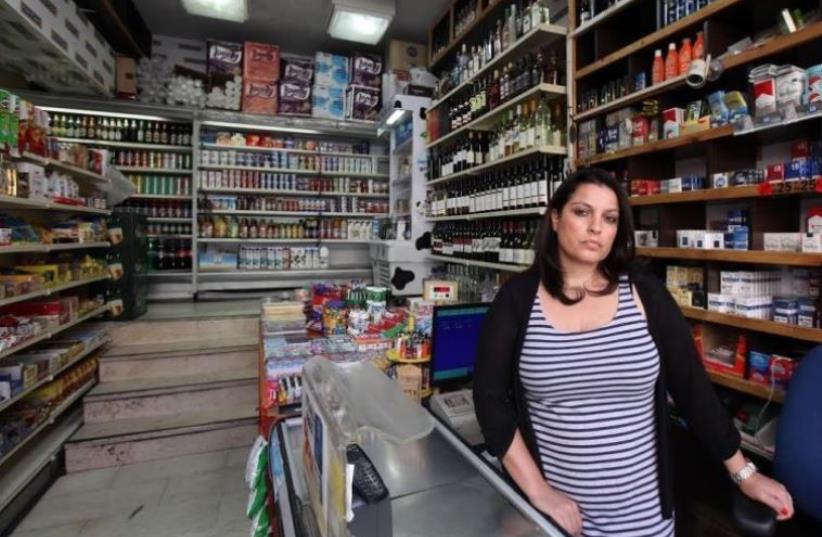 An employee of Makolet 24-hour Market on Hillel Street, one of the eight markets being forced by the Jerusalem Municipality to close during Shabbat.
(photo credit: MARC ISRAEL SELLEM)
Advertisement
Facing imminent bankruptcies due to forced Shabbat closures enforced by the Jerusalem Municipality, the owners of eight of the capital’s targeted 24/7 mini-markets are fighting the mandate, despite being fined several hundred shekels every weekend.The measure was announced by the municipality last August in an apparent quid pro quo to appease the capital’s sizable ultra-Orthodox community that violently protested the Shabbat operation of the Yes Planet multiplex, which opened a few days earlier.On Sunday, following months of legal wrangling, three of the mini-markets’ employees and owners said they were fined NIS 475 each for the first time last weekend after being warned for three consecutive weekends prior to that one.Noting that roughly 50 percent of their income comes from Shabbat sales, all said they have no choice but to remain open and pay the fines.“After giving warnings every week since April 1, they came in last week and just gave us a NIS 475 fine,” said Ariel Bayder, a cashier at Super Market, off Jaffa Road.“The owner said he is working with a lawyer and is going to continue taking the fines until after it goes to trial,” he said.David Cohen, 32, who took over the nearby Super 24 Market on Shamai Street from his father a few years ago, said he also got the NIS 475 fine, but refuses to close his doors on Shabbat.“If I close on Shabbat, I can’t keep the store open,” he said, while reviewing receipts from the previous week. “We have a lawyer and we’re going to keep fighting this.”Amir Iluz, who works at 24 Hours Hillel Mini Market, echoed Cohen’s sentiments.“We will go to court and fight it,” he said, noting that seven of the store owners are represented by two attorneys.“We are Jewish, but not religious, so have a right to stay open during Shabbat,” he added. “If we close on Friday night and Saturday the business goes down. Mayor Barkat is just doing this for the haredim. He is sacrificing us for them.”Indeed, despite being in Jerusalem Mayor Nir Barkat’s coalition, city councilman Hanan Rubin, of the Hitorerut Party, claimed the mayor was offering the Shabbat closures to placate the capital’s powerful ultra-Orthodox parties.“The haredim are extorting him over the issue of Yes Planet, so that they can have a victory to show... on one of these Shabbat issues,” he said when the forced closures were announced.Additionally, the store owners noted that the municipality’s legal adviser is allowing mini-markets in the Ein Kerem, Talpiot and Atarot neighborhoods, far from downtown, to remain open since the haredi populations in those areas are smaller, and protests are less likely.Municipal bylaws enacted many years ago mandating that Jerusalem businesses close for Shabbat do not apply to leisure-oriented businesses such as restaurants, cafes and cinemas, although most remain closed on Shabbat anyway.In the meantime, it remains unclear if, or when, the case will go to court.