See historical articles from "The Jerusalem Post" before, during and after the memorable 1973 conflict.

By CAROLINE FRANK
OCTOBER 3, 2014 14:34
Then-prime minister Golda Meir (R) accompanied by then-defense minister Moshe Dayan, meets with Israeli soldiers at a base on the Golan Heights after intense fighting during the 1973 Yom Kippur War.
(photo credit: REUTERS)
Advertisement
It's late afternoon on October 5, 1973 and parents and children are gathered around The Jerusalem Post pouring over the following recipe for Kippured Eggs in the Culinary Notes section of the paper. The dining table is set, ready for the Seuda Mafseket, the final meal before the Yom Kippur fast shall begin. It's a normal evening for this typical Israeli family, complete with attendance of the Kol Nidre prayers at the Western Wall in Jerusalem.
As this archived article from October 5, 1973 shows below, the Post reported that all public transport, civilian air traffic and vehicle traffic was due to cease for more than 24 hours. 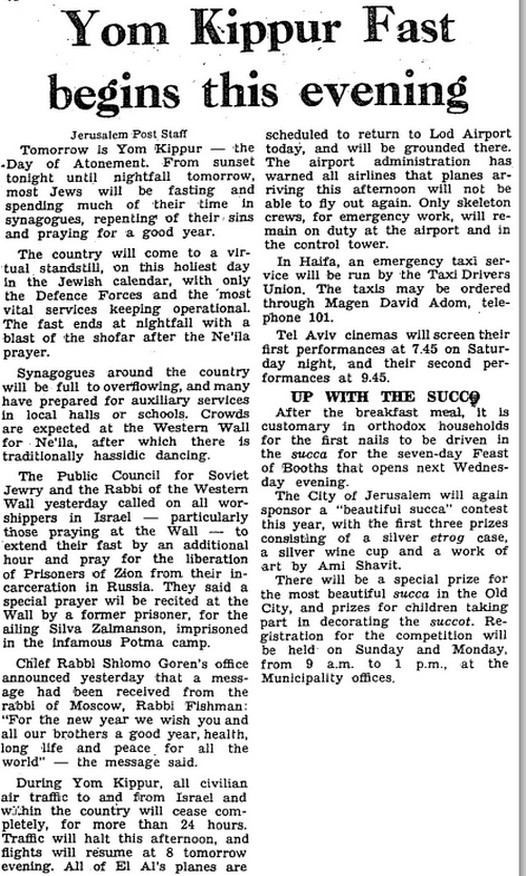 The same page of the newspaper on October 5, 1973, shows the photograph below of a memorial for paratroopers who perished in Israel's battles. Little did Israel know that war would be upon her in the coming hours. 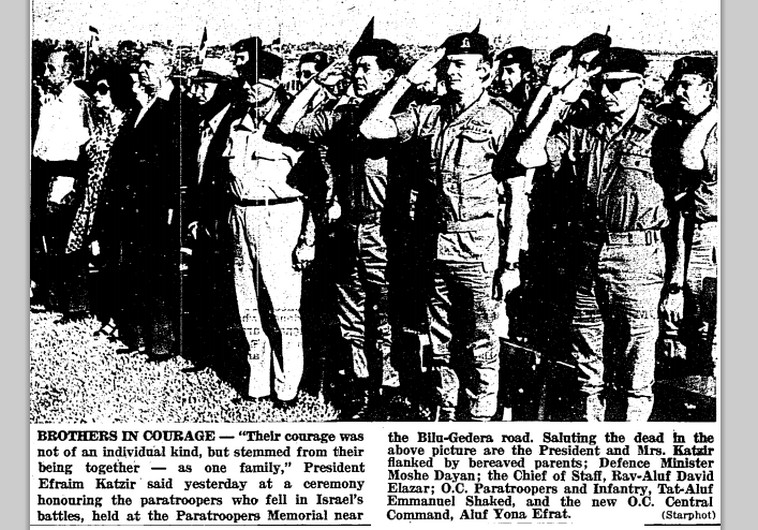 The fast started and the Jewish world was reflecting in Israel and around the globe. However, while families were repenting for their sins, seeking forgiveness from loved ones and God, neighboring Arab countries were in combat mode - attack strategies upon the State of Israel were in progress.
The Yom Kippur War broke out the next afternoon on October 6, 1973.
In the following archived articles, The Jerusalem Post notes that the stillness of Yom Kippur was shattered at 2 p.m. when air raid sirens blared across the country, warning Israelis of impending crisis and chaos.
The second article highlights the silence throughout the nation as people recited musaf prayers in synagogue when the sirens interrupted their repentance. Egyptian and Syrian forces opened operations across the Suez Canal and the Golan Heights cease-fire lines. 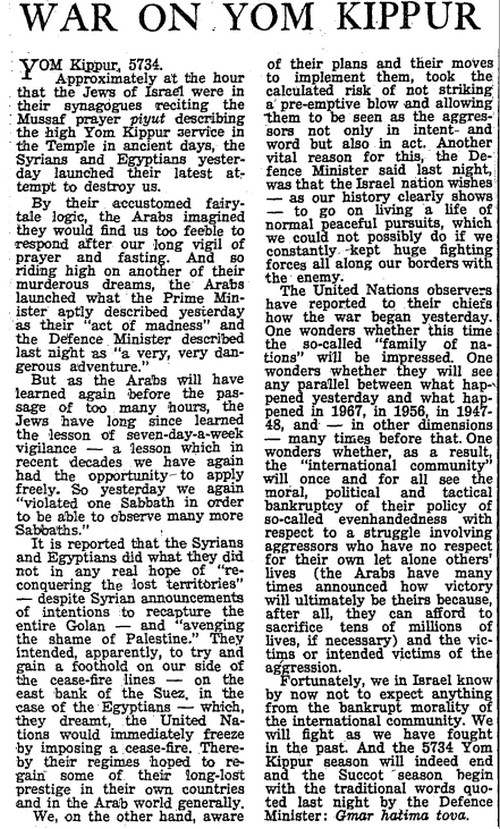 The Yom Kippur War lasted less than a month, but the loss of more than 2,600 Israel Defense Forces soldiers has left an impact on Israelis and the Jewish world for the past four decades.
See former prime minister Golda Meir's memoirs of this significant historic era from a 1975 October edition of The Jerusalem Post below: 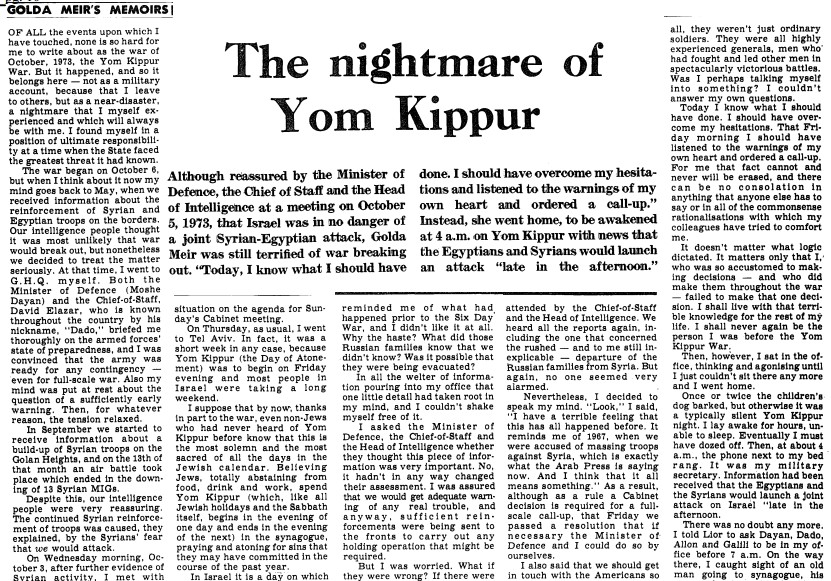 The Day of Atonement means different things to different people but one thing is for sure, Israelis never looked at Yom Kippur the same after October 6, 1973.