In a detailed resignation message, Gerstl expressed pride in her unit and the reports they had filed. 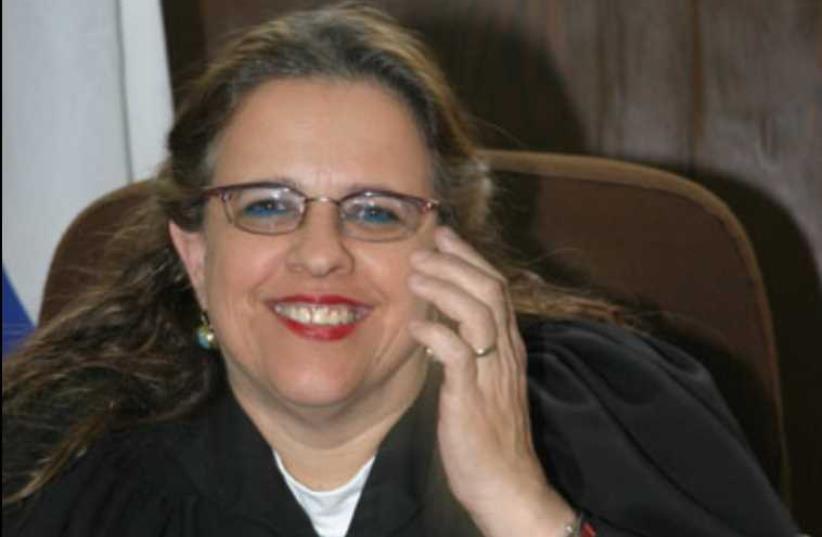 Hila Gristol head of prosecutorial oversight body
(photo credit: COURTESY HIGH COURT OF JUSTICE)
Advertisement
Justice Ministry oversight czar Hila Gerstl shocked Israel’s political world and legal establishment on Monday, suddenly announcing her resignation after nearly two years of power wars with the prosecution.In a detailed resignation message, Gerstl expressed pride in her unit and the reports they had filed, but said the constant warring with the prosecution; the fact that aspects of a pending Knesset bill were expected to change the powers of her office; and a fight by the prosecution to block the publication of her most recent report had taken their toll.She also cited her perception of being insulted that her office had to employ private lawyers to defend against the petition by the prosecution’s High Court of Justice to block the publication of her latest report on what she views as problematic relations between the prosecution and its forensics experts, including alleged tampering with experts’ opinions.Another setback appeared to have been that the Knesset Constitution, Law and Justice Committee took over the bill’s progress from the Knesset State Control Committee, with the law committee expected to be friendlier to the prosecutors.The latest Knesset bill is not loved by either the state prosecution or the prosecutors’ union. On one hand, it leaned toward Gerstl in having there be the power to criticize individual prosecutors by name, but on the other, it leaned toward the prosecutors, floating a pilot program in which during the second year, various powers from Gerstl’s unit would be transferred to a more internal and less independent inspector within the Justice Ministry.Gerstl, Shaked and the prosecutors had been expected to negotiate some compromises on the issues in dispute following the resolution of the recent prosecutors strike. It was unclear how Gerstl’s resignation would impact those negotiations.Justice Minister Ayelet Shaked said she tried unsuccessfully to persuade Gerstl to stay on the job.“Hila is an asset to public service, an independent and active woman, honest and a good manager who built her office with clear goals of improving the prosecution’s service to the public and the rule of law,” Shaked said. “Unfortunately, not every melody creates harmony.It is no secret that there are recent misunderstandings between her and the prosecution. We tried to bridge the gaps, but they were unbridgeable.”Shaked said she wished Gertl well personally and professionally.Former justice minister MK Tzipi Livni (Zionist Union) expressed disappointment that Shaked failed to keep Gerstl in her post.“When I was justice minister, I ensured there would be necessary oversight over the prosecution in Israel,” Livni said. “There was no one more fit for this post than Gerstl. In an oversight position, only the good of the public is supposed to be taken into account, even if those who are being monitored do not like it.”Zionist Union MK Shelly Yacimovich, however, didn’t agree that Gerstl’s departure is a bad thing.“Let’s hope the departure of Judge Gerstl will bring quiet and calm to the judicial system after its workers were targeted by cruel attacks,” Yacimovich said.“There is no body that is free of errors, and there is no body that places more oversight than the prosecution.”Meanwhile, Prof. Mordechai Kremnitzer and Dr. Guy Lurie, of the Israel Democracy Institute, said Gerstl’s resignation “proves that an independent Commission for Prosecutorial Oversight with an ability to provide proper oversight must be established. It is clear that putting oversight in the hands of an internal comptroller, as has been proposed, will not achieve this goal.”