One coalition member after the next says they won’t sit in a government headed by Labor’s leader. 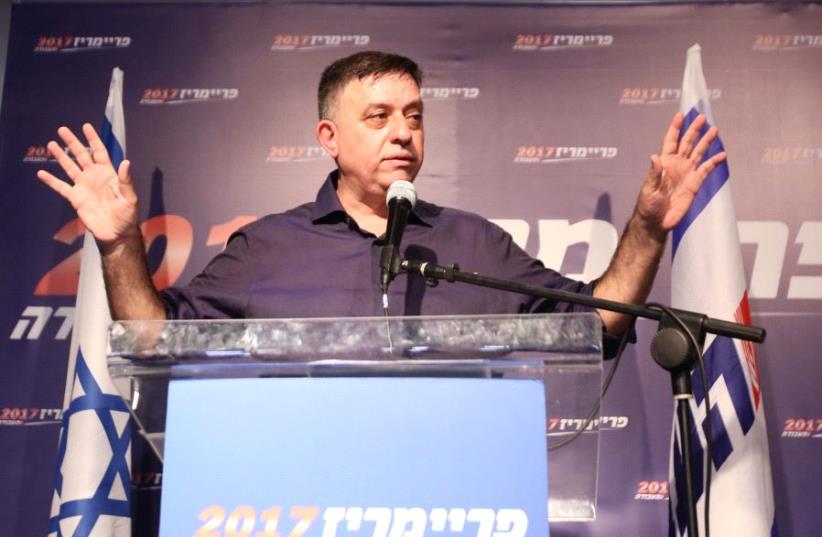 Avi Gabbay
(photo credit: MARC ISRAEL SELLEM)
Advertisement
Labor leader Avi Gabbay attempted to do damage control on Sunday, after most of Prime Minister Benjamin Netanyahu’s coalition partners said they would not sit in a Gabbay-led government.Defense Minister Avigdor Liberman, Finance Minister Moshe Kahlon and Justice Minister Ayelet Shaked all said in recent days that their parties would not be in a coalition led by Gabbay.If the parties keep to their statements, the only option for premier other than Benjamin Netanyahu or another Likud candidate would be Yesh Atid leader Yair Lapid.In response, Gabbay said he doesn’t want Liberman, anyway.“Liberman is the last person I’d ask to join my coalition,” Gabbay told Army Radio. “Liberman is the father of problematic political appointments.”Pointing to various criminal investigations involving Yisrael Beytenu and political appointees, Liberman’s party, Gabbay said he wants to drastically reduce the phenomenon.Gabbay resigned from Kahlon’s Kulanu party and the government when Yisrael Beytenu joined the coalition and Liberman became Defense Minister.Gabbay and Kahlon were also close personal friends.Gabbay said “you’ll have to ask him,” about why Kahlon also ruled out a Gabbay-led coalition.“My job is to reach 28 to 30 seats. Once we do that, everyone will join the coalition.No one wants to sit in the opposition,” Gabbay argued.On Saturday night, Liberman and Kahlon spoke out against Gabbay in a way that seemed coordinated.Kahlon said in a Saturday interview with Channel 2 that he’s “disappointed” in Gabbay’s behavior.“I can say this in the clearest way: Kulanu will not be a fig leaf in a left-wing government,” Kahlon said. “I am a man of the nationalist camp, unlike the Labor Party or what’s leading it. I opposed the [2005 Gaza] disengagement, and I am for the Land of Israel and a united Jerusalem.Therefore, I don’t see any situation in which Kulanu will join a right-wing Labor government.”Similarly, Liberman said Gabbay is “not relevant,” because “there are two parties, Yisrael Beytenu and Kulanu, that will never join any coalition with Avi Gabbay…[and] it is impossible to form any coalition with these parties outside of it.”“There’s no revenge here, but for a thousand and one reasons, these parties will never sit in his government. He just isn’t relevant, he has no chance, and we can erase him from the lexicon,” Liberman added in an interview with a different Channel 2 show Saturday.Shaked said Sunday that it’s fairly obvious that Bayit Yehudi wouldn’t be part of a Labor-led coalition.“We’re a right-wing party. We certainly want to sit in a right-wing coalition,” she told Army Radio. “It doesn’t seem reasonable to me that Bayit Yehudi will sit with Labor and Meretz, so no one is even asking us. People usually ask centrist parties.We will sit in a nationalist government, people take that for granted.”Shaked also took issue with election talk, in general: “The current coalition is excellent and homogeneous. It creaks sometimes, but that happens in every coalition. We work together and cooperate very well.”A Channel 2 poll from Wednesday gave the Labor-led bloc Zionist Union 21 seats, second to the 24 for the Likud. The right got 62 seats in the poll, with 58 for the Center-Left, leaving the possibility open for a center-left bloc that could stop the right from forming a coalition.However, with the ministers’ recent statements, that possibility seems far less likely.Still, Public Security Minister Gilad Erdan (Likud) was skeptical about Kahlon and Liberman’s statements, telling Army Radio: “I’ve already learned that politics is the art of the impossible.We don’t take any announcement for granted forever.”