Ziuta Hartman-Rutenberg, born in 1922 in Kielce, took part in the revolt against the Nazis as part of the underground group founded by members of the militant Jabotinsky Betar youth movement. 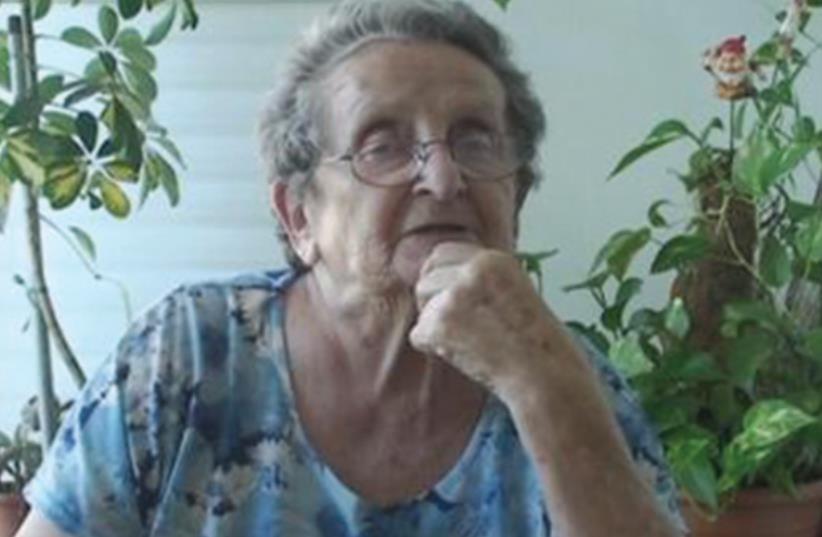 ZIUTA HARTMAN-RUTENBERG
(photo credit: COURTESY ICFR)
Advertisement
The last surviving member of the Revisionist movement’s Jewish Military Organization (ZZW) to have fought during the Warsaw Ghetto uprising was buried in Israel Wednesday afternoon.Ziuta Hartman-Rutenberg, born in 1922 in Kielce, took part in the revolt against the Nazis as part of the underground group founded by members of the militant Jabotinsky Betar youth movement, which fought alongside the better known left-wing Jewish Combat Organization lead by Mordechai Anielewicz.The role of the Revisionists was largely minimized in the public eye for generations, although it has gained greater notoriety in recent years, especially following the publication of former Defense Minister Moshe Arens’ book Flags above the Ghetto: The Story of the Warsaw Ghetto Uprising, in 2009.During her service in the ZZW, Hartman-Rutenberg worked as a courier, traveling between the ghetto and the Aryan side of the city, and later fought in the ill-fated uprising.She was made an honorary citizen of Warsaw in 2010.Captured by the Germans, she was sent to Majdanek and Skarzysko before being shipped to Germany as a forced laborer in an ammunition factory. She briefly returned to Poland after the war, making her way to Israel by way of France in 1952.“Ziuta was a true life super hero – an intrepid and indomitable woman full of moxie. Unlike others in the Herut who accused the left of deliberately suppressing the story of the ZZW, she blamed the leadership of her own movement for failing to do more to draw attention to the heroism of the men and women who fought and died in the ranks of the Revisionist underground in the uprising.The last known survivor of the ZZW, her passing symbolizes the closing of a chapter in the history of the ferocious struggle of the Jewish remnant in Warsaw,” said Dr. Laurence Weinbaum, director of the Israel Council on Foreign Relations, which operates under the auspices of the World Jewish Congress, and co-author of an authoritative study on the Jewish Military Union published by the Polish Academy of Sciences.