Lebanese farmers allowed into Israel by IDF for olive harvest

The military announced on Tuesday that as a gesture of goodwill, it had allowed Lebanese agricultural workers to enter the country in order to harvest olive trees in Israeli territory.

By JERUSALEM POST STAFF
IDF forces allow Lebanese farmers to enter the country for the olive harvest on October 26, 2021.
Advertisement

The IDF is allowing olive growers from Lebanese border towns to enter Israeli territory under supervision in order to harvest olive trees, it announced in a statement on Tuesday.

"In light of the economic situation in Lebanon, and as a gesture of goodwill to the Lebanese people, the IDF opened the border to agricultural workers from Al Jabal, Itaron and Balida," the statement read.

"The IDF allowed the workers to cross the Blue Line, to a certain extent, allowing them to harvest olive trees in Israeli territory. This gesture was reported to the Lebanese side by UNIFIL."

The move came just two days after IDF soldiers and Israel Police foiled an attempt to smuggle weapons and drugs across Israel’s border with Lebanon.

The economic crisis leaves the IDF concerned that there may be an increase of drug smuggling and infiltration of migrant workers and refugees along the northern border. 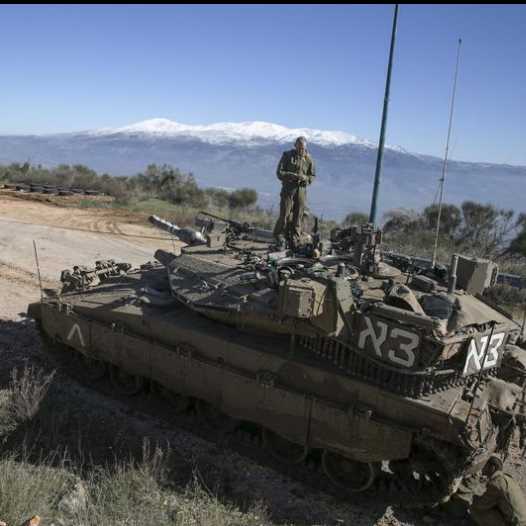 An IDF soldier stands atop a tank near the Lebanese border (credit: REUTERS)

Lebanon and Israel are also in dispute over the delineation of their territorial waters. Negotiations between the old foes could lead to Lebanon being able to unlock valuable gas reserves amid its financial crisis.

The IDF, however, decided that the agriculture workers do not pose a threat.