Netanyahu initiated the bill to suspend MKs after Jamal Zahalka, Haneen Zoabi and Basel Ghattas met with 10 families of terrorists who murdered Israelis. 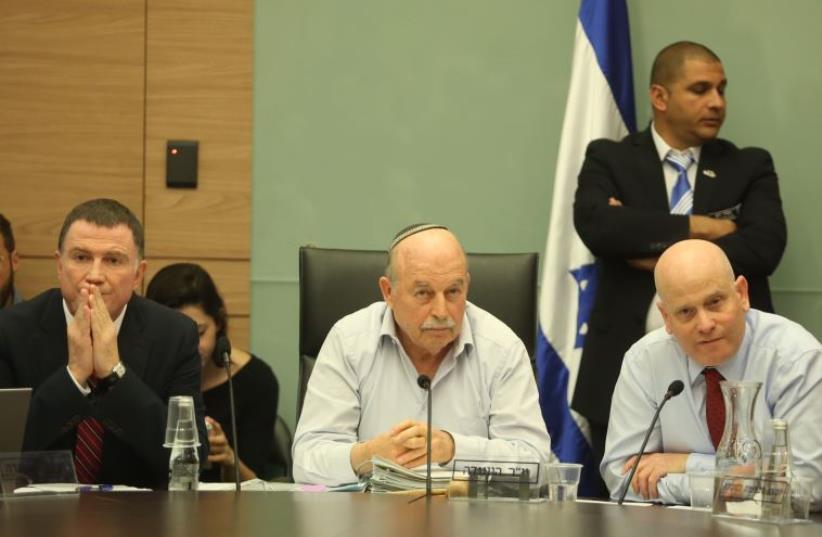 Knesset Law, Constitution and Justice Committee
(photo credit: MARC ISRAEL SELLEM/THE JERUSALEM POST)
Advertisement
A controversial new bill allowing 90 MKs to vote to suspend a colleague is being prepared in the Knesset's Constitutional Committee on Monday afternoon, set to advance in the parliamentary chamber for a first reading. Last week, Prime Minister Benjamin Netanyahu urged  Knesset Law, Constitution and Justice Committee chairman Nissan Slomiansky (Bayit Yehudi) to work towards passing the legislation, hoping members of the opposition also vote in favor of the bill, stating: "there are certain limits democracies must set in order to protect themselves, and we will fulfill that in this case.”Tweets by @LahavHarkov “There’s a difference between anarchy and democracy,” Netanyahu commented  during a press conference with German Chancellor Angela Merkel in Berlin last Tuesday. “When MKs support movements that clearly call to destroy Israel, when they support terrorism, when they stand silently in memory of people who murder children, the Knesset can and must act against them.”Netanyahu initiated the bill to suspend MKs after Jamal Zahalka, Haneen Zoabi and Basel Ghattas, MKs from Balad, one of the parties making up the Joint List, met with 10 families of terrorists who murdered Israelis and whose bodies are being held by the police, who say the families have rejected demands to hold a modest funeral to avoid violence.The three lawmakers stood in a moment of silence for Palestinian “martyrs,” and a Balad Facebook page identified one of the terrorists, who killed three Israelis, as a “martyr.”