A massive pricing reform is planned for much of the nation's public transport system as of January 1. 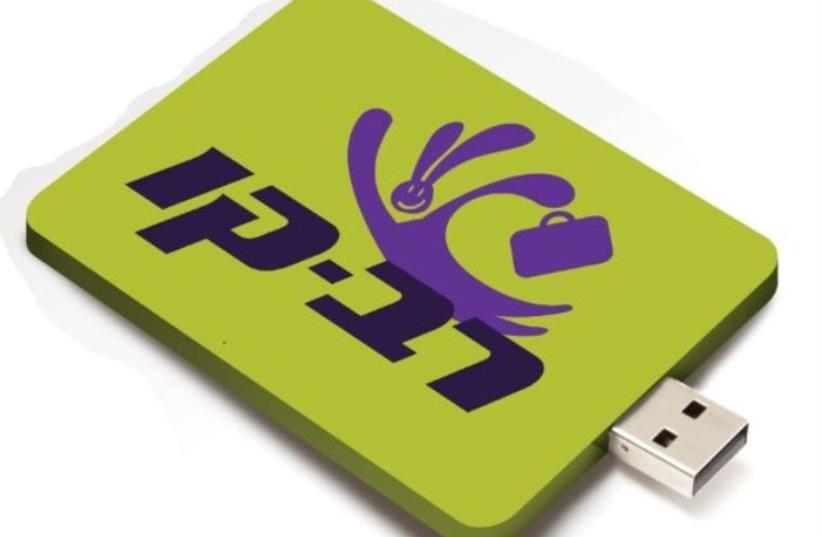 The Rav Kav USB card, which could be manually recharged, will begiven to residents of Gush Dan in a pilot program
(photo credit: TRANSPORTATION MINISTRY)
Advertisement
As 2016 rolls around next week, so too will an entirely overhauled public transportation tariff system – with reduced fares and increased flexibility for travelers who purchase daily, weekly or monthly passes.On January 1, people will be able to acquire subscriptions for their Rav Kav multi-fare cards that integrate various modes of public transportation and offer varying fees based on designated destination zones, the Transportation Ministry announced this week. The hope is that the increased system flexibility and resultant discounts in ticket fares will spur more travelers to choose public transportation over private cars, the ministry said.“The new tariff structure will encourage the use of public transportation, reduce travel costs up to thousands of shekels per month for a family, and thereby contribute to reducing the cost of living in Israel,” Transportation Minister Israel Katz said Sunday.Within the new subscription structure, passengers will be able to choose a monthly pass, weekly pass or daily pass for their Rav-Kavs. The subscription price will be determined based on the number of public transportation zones to be included within the individual’s travels, the ministry said. Each subscription allows for unrestricted travel by all means of public transportation – bus, Israel Railways, Jerusalem light rail, Haifa Metronit – supported within the zones selected by the user.Within each of the country’s four largest metropolitan areas – Tel Aviv, Haifa, Jerusalem and Beersheba – professionals at the ministry have drawn out three “rings” that enable unrestricted travel at one uniform price inside those zones.While ticket prices may not always be lower than before in certain zones, the ministry stressed that the more efficient usage of public transportation by means of the subscription service allows travelers to get more for their money.The metropolitan regions, and the rings within them, stretch far beyond the boundaries of the cities at their center.For example, the Haifa metropolitan area stretches from Rosh Hanikra in the north to Karmiel and Nazareth in the east, and Zichron Yaakov in the south. The Jerusalem area ranges from Beit Shemesh and Modi’in in the west to Mitzpe Yeriho and Kalya in the east, extending from Kiryat Arba in the south to Ofra and Beit El in the north.The Beersheba zones range from the Gaza perimeter kibbutzim and moshavim in the west, Arad in the east, Yeroham and Dimona in the southeast, Nitzanei Sinai in the southwest, Sderot in the northwest and the Telem and Adora settlements in the northeast.The Tel Aviv metropolitan region, meanwhile, stretches from Netanya in the north to Ashdod in the south, and Modi’in in the east. The “inner ring,” or “Area 1” of the Tel Aviv region includes all of the Gush Dan cities at one price: Holon, Bat Yam, Rishon Lezion, Givatayim, Ramat Gan, Bnei Brak, Petah Tikva, Yehud, Or Yehuda, Ramle and Lod.“The big winners from the reform are regular passengers on public transportation,” the ministry said. “Each passenger who carries out at least one transfer between different means of transport will benefit greatly from the reform.”While prices for the passes will vary based on locations and zones, some examples include NIS 350 for a combined train-bus monthly pass for Tel Aviv-Ashdod trips or NIS 285 for Tel Aviv-Rehovot trips. In the past, these combinations have cost NIS 574 and NIS 491 respectively, the ministry said.A train-bus monthly pass for Beit Shemesh-Jerusalem will now cost NIS 350, as opposed to the NIS 420 passengers are paying today. For trains and buses around Beersheba, monthly subscription travelers will now pay NIS 235 rather than today’s NIS 335 for buses only, the ministry added. A Haifa region monthly pass for trains and buses will cost NIS 285, as opposed to today’s NIS 380, which had also been valid only for buses, the ministry said.As has been the case with monthly subscriptions in the past, travelers can charge their passes at the Rav Kav “Al Ha Kav” service centers located at major transportation hubs in cities around the country, as well as at train stations, at bus stations, via bus drivers and online at ravkavonline.co.il.This week, Transportation Ministry representatives have begun distributing leaflets with detailed information regarding the system overhaul on buses, trains and service centers to help passengers become better acquainted with their options and all of the details associated with the various subscriptions. In addition, a website with all the information – including a “price calculator” – is currently being set up and should be available by the end of the week, the ministry added.