The monkey was later tranquilized in order to be transported back to the zoo. 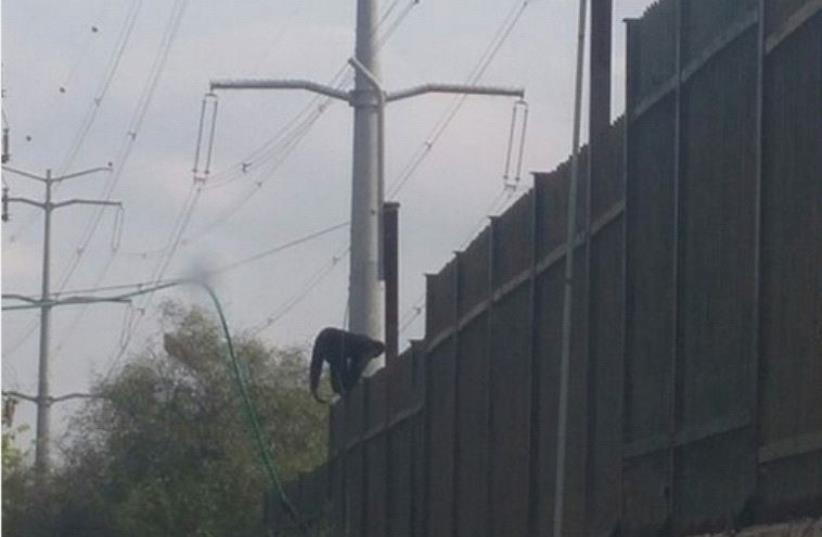 Monkey escapes zoo
(photo credit: COURTESY ISRAEL POLICE)
Advertisement
Drama unfolded on Tuesday morning as authorities were in pursuit of a spider monkey that escaped from the Haif Kef zoo in central Israel's Rishon Lezion. Shortly afterward, search teams located the primate in the area of the central city's Nurit Street located near the zoo, as local authorities and veterinarians were notified of the incident.The monkey was later tranquilized in order to be transported back to the zoo.

The Rishon Lezion Municipality later issued a statement on the matter, saying the escaped primate was one of five that had escaped their zoo enclosure that had been improperly closed. While four of the monkeys were immediately located near the enclosure, one managed to leave the premises of the zoo. Following the incident, all of the moneys were reported to be in good health without injury.The zoo in Rishion Lezion is home to a variety of rare animals. The facility also houses a petting zoo for visitors.