The Defense Ministry’s Directorate of Defense Research and Engineering (DDR&D) along with the US Department of Defense’s Irregular Warfare Technical Support Directorate (IWTSD) are holding an international challenge to find the perfect solutions for autonomous systems to operate in indoor areas.

“We need to develop a system that is fully able to operate by itself, and now there isn’t one solution despite the money invested into it,” said Ran Meged, project manager of the MoSAIC Challenge on behalf of the Merage Institute, told The Jerusalem Post. “This is one huge technological gap both in the US and in Israel.”

The challenge, led by the Merage Institute, is divided into five distinct mini-challenges, with each one focusing on a specific capability to enable remote autonomous indoor maneuvering that can be integrated into one solution for both governments.

What is unique about the challenge, Meged said, is that it will not see large defense companies like Boeing, Lockheed Martin or Israel Aerospace Industries and Rafael Advanced Defense Systems participating, but, rather, other companies whose focus is other domains such as fintech, health tech and event tech. 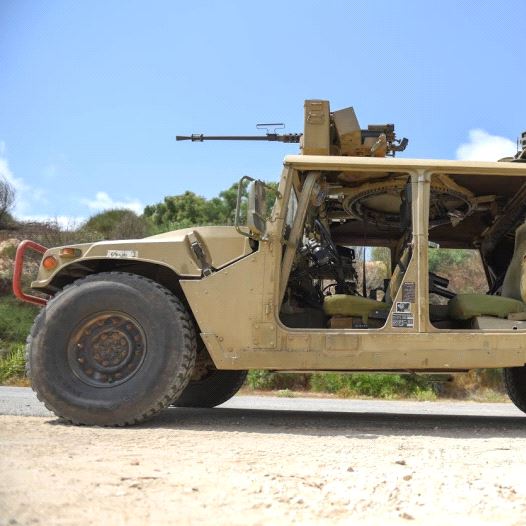 Meged said that many technologies were developed over the past year during the coronavirus pandemic, especially in hospitals and other medical settings. Several companies that have worked on that technology will be participating in the challenge.

“The US Department of Defense realized many years ago that groundbreaking innovations are taking place outside government laboratories and traditional security contractors,” said Adam Tarsi, IWTSD international program director.

Tarsi added that, using the challenge, the DoD hopes to “locate and identify all relevant technologies that can provide our military tactical operators and law enforcement agencies with every possible technological advantage when operating in challenging and high-risk internal environments.”

While the majority of the applications for the challenge are Israeli (30%) or American (40%), projects have also come from Russia, the United Arab Emirates, Australia and Japan.

Of the total 104 applications projects already submitted, and following an evaluation, projects will move on to the second phase, where their capabilities will be tested in simulations and in physical environments to “see if they can actually do what they say they can do,” Meged said.

The physical demonstration phase is planned to take place in April 2022 in Yeroham, near Beersheba, during which a final event will also be held, where the winners will be announced.

Winners and runners-up of each of the five mini-challenges will be awarded cash prizes worth $235,000 as well as participation in workshops in Merage Institute’s start-up program in California.

The winners will also have their capabilities exposed to senior Israeli and American government officials in an e-book.

Paul Merage, founder and CEO of the Merage Institute, said that the MoSAIC Challenge is a “rare opportunity for entrepreneurs, researchers and companies to present the technology they are developing to US and Israeli governments, create international collaborations and identify new opportunities in the growing field.”

According to Col. Ryan Gity, the head of DDR&D’s Autonomous Platform Department, Israel has been focusing on developing autonomous robotic technology for missions over the past two years and “the MoSAIC challenge will help us locate technologies that we’ve never seen before.”

Meged told The Post that the challenge is “an amazing collaboration here between the US, Israeli governments and the Merage Institute and that the most talented entrepreneurs and researchers are working on this project.  It’s amazing to see.”