Most influential Jews in the religious world 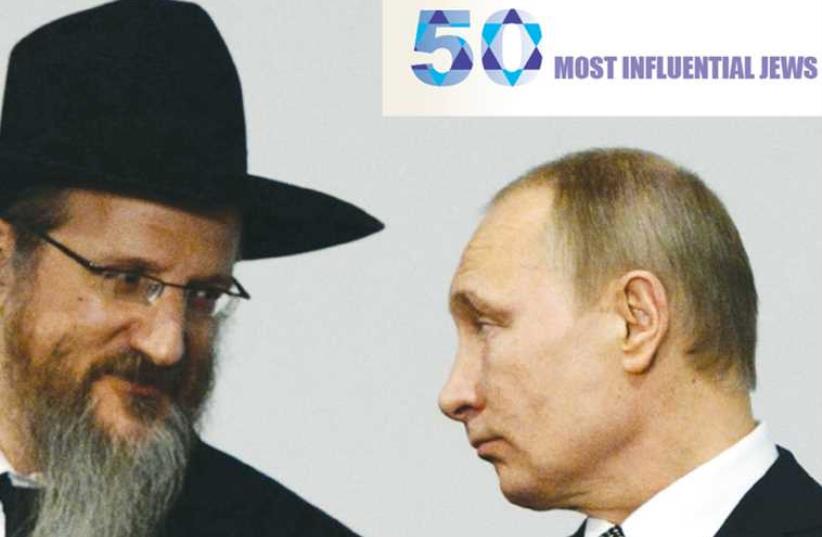 Russian president Vladimir Putin listens to Chief Rabbi Berel Lazar during a ceremony marking the 70th anniversary of the liberation of Auschwitz.
(photo credit: REUTERS)
Advertisement
The Jerusalem Post has put together its annual list of '50 most influential Jews' who have impacted the world last year, and have the potential to affect change in years to come.

When one thinks of post-Soviet Jewry, one institution that may come to mind is the Chabad Hassidic group, whose Russian branch is headed by Rabbi Berel Lazar.Born in Italy in 1964 to Chabad emissaries, Lazar went to the United States as a teenager, studying and living in Crown Heights through his early 20s. He moved to Russia 25 years ago, at the end of the Cold War, where he quickly became involved in communal life and helped found the Federation of Jewish Communities of Russia. He became chief rabbi in 2000.While Russian Jewry under Lazar has flourished, with synagogues, schools and cultural centers opening and offering a plethora of religious and communal services, his tenure has not been without controversy.In a 2007 report on the chief rabbi, The Wall Street Journal cited his “Faustian bargain with the Kremlin,” in which he allegedly minimized anti-Semitism and acted as a lobbyist for the increasingly autocratic President Vladimir Putin in exchange for government backing against other Jewish communal umbrella groups. One critic was quoted as calling Lazar a “court Jew.” The rabbi likewise drew criticism for his decision to take the Russian government’s side in a long-running dispute between the Kremlin and Chabad’s worldwide headquarters in America over a massive collection of books the hassidic group’s leader left behind when he fled to the United States in 1940. Lazar’s participation in a ceremony marking the annexation of Ukraine’s Crimean peninsula to the Russian state last year met with disapproval as well. He subsequently attended a controversial Holocaust memorial ceremony in the occupied territory, which one Ukrainian Jewish leader dubbed a “cynical use of the Holocaust for political ends.”The fraught relationship between Russia and Ukraine has spilled over, to some degree, to relations between Lazar’s communities and those of his Ukrainian counterparts.Alexander Boroda, president of the Federation of Jewish Communities of Russia and a close affiliate of Lazar, told The Jerusalem Post that Ukrainian “Jews and rabbis should stay away from politics,” in response to a Ukrainian Jewish condemnation of Russian “aggression.”Nonetheless, Russian Jews under Lazar have extended aid to their Ukrainian coreligionists, and Russian communities have certainly blossomed. 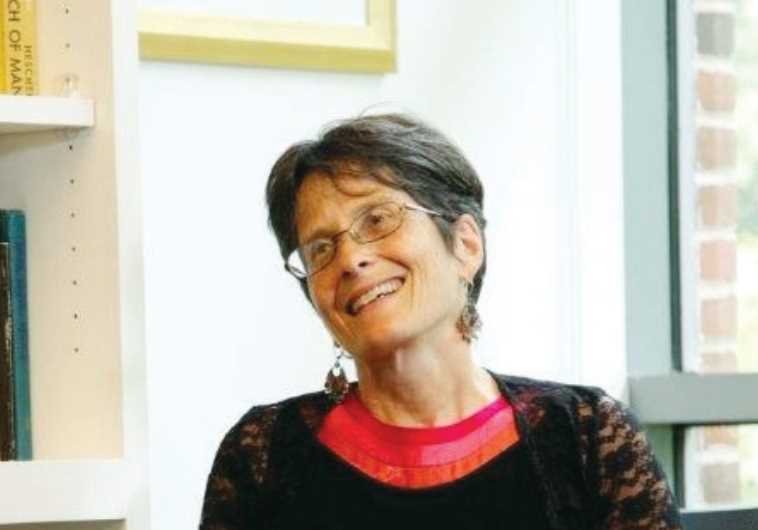 Promotion of Jewish expression that transcends denominational boundaries is the raison d’etre of Hebrew College’s Rabbinical school, and Rabbi Sharon Cohen Anisfeld is its dean.Since 2008, Hebrew College has ordained 70 transdenominational rabbis – who are serving in Reform, Reconstructionist, Conservative, Renewal and Independent congregations, as well as schools, communal organizations, chaplaincy settings, and campus Hillels.None have been chosen by Orthodox communities.In a recent essay for a book on rabbinic education titled Keeping Faith in Rabbis, Anisfeld wrote that the heart of her work as a rabbi and teacher has been to “welcome people into the complexity, beauty and depth of a conversation that has been carried on for millennia – not simply as passive observers, but as active and creative participants.”In an email exchange, Anisfeld said that the transdenominational approach to rabbinic training invites students from a variety of Jewish backgrounds into conversation with classical and contemporary sources – and with each other.“The point is not to reject denominations, but to embrace people from all walks of Jewish life, in a context that nurtures personal growth and mutual caring and concern,” Anisfeld noted.“The school’s commitment to religious pluralism extends beyond the bounds of the Jewish community as well. At a time when global inter-religious conflict is on the rise, Hebrew College collaborates with Christian and Muslim partners to train a new generation of clergy for ethical and spiritual leadership in a religiously diverse world.”Prior to assuming her position at Hebrew College, Anisfeld spent 15 years working in pluralistic settings as a Hillel rabbi at Tufts, Yale and Harvard universities. She has been a summer faculty member for the Bronfman Youth Fellowships in Israel since 1993, and is co-editor of two volumes of women’s writings on Passover, The Women’s Seder Sourcebook: Rituals and Readings for Use at the Passover Seder (Jewish Lights Publishing, 2002), and The Women’s Passover Companion: Women’s Reflections on the Festival of Freedom.She graduated from the Reconstructionist Rabbinical College in 1990, and from 2011 to 2013, was included in Newsweek’s list of Top 50 Influential Rabbis in America.