Movie Review: ‘Beyond the Mountains’ and off the rails

The ambitious film collapses under its own ideological weight. 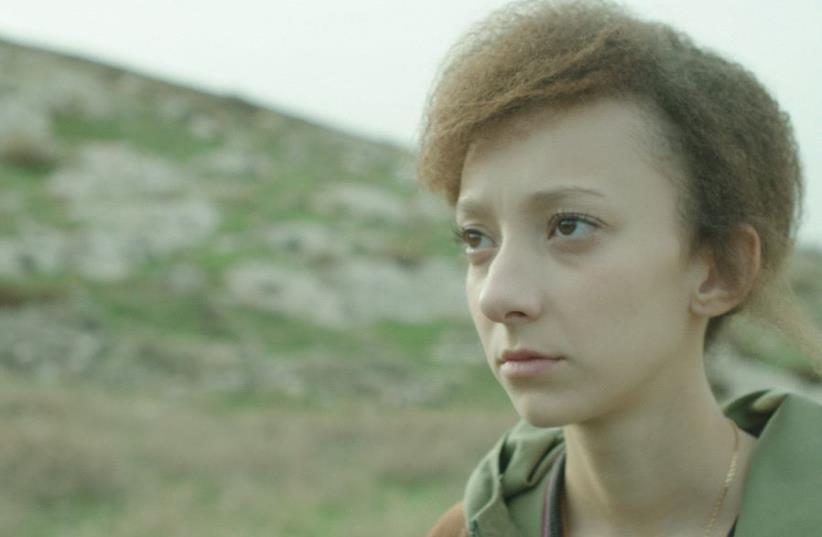 Beyond The Mountains And Hills film
(photo credit: PR)
Advertisement
Beyond The Mountains And Hills
Hebrew title: Me’ever Le’harim Ve’hagvaot
Directed by Eran Kolirin
With Alon Pdut, Mili Eshet, Shiree Nadav-Naor
Running time: 90 minutes
In Hebrew.
Check with theaters for subtitle information.When Eran Kolirin made The Band’s Visit in 2007, the movie won 46 awards and delighted audiences around the world.So expectations for a new film by Kolirin were understandably high.But Beyond the Mountains and Hills, an ambitious and highly symbolic look at the malaise and corruption of Israeli society, is a disappointment, collapsing under its own ideological weight.For years, the default Israeli drama was about a miserable family screaming at each other in a Tel Aviv apartment. Beyond the Mountains and Hills focuses on a miserable family – apparently meant to represent ordinary middle-class Israelis – in a suburb not far from Jerusalem, and shows how their misery impacts Arabs who live nearby.It starts out promisingly, with a farewell ceremony to mark the resignation of David Greenbaum (Alon Pdut), a lieutenant-colonel who is leaving the army. It isn’t crystal clear why he has quit, and as he tries to become a salesman for diet products of dubious quality, he is clearly uncomfortable in his new role.Apparently, he just wants to make money. This seems to be intended as a metaphor for how Israel has changed, going from a military power with moral authority to a soulless, materialistic capitalist society.His wife, Rina (Shiree Nadav-Naor), is a serious high school teacher who cares deeply about poetry. Rina and David seem to have absolutely nothing in common, like roommates who were matched up by a computer. Dissatisfied, she embarks on a sexual relationship with a student, which has disastrous and very public consequences.The Greenbaums’ son, Omri (Noam Imber), is entitled and mean to such an extreme degree that he makes every other movie brat you’ve ever seen look like Gandhi. But their daughter, Yifat, played with extraordinary charm by the appealing newcomer Mili Eshet, is the dramatic center of the movie.Like many teens, Yifat has a very personal sense of justice and is drawn to pro-Palestinian political causes, in spite of being discouraged by her family from pursuing this agenda.When a Palestinian worker who lives in a nearby village invites her to have coffee with him in a deserted field at night, instead of running the other way she gives him a very serious answer about why she can’t join him.After her father, frustrated by his lack of success in the diet products game, shoots his gun into that field one night, the worker is killed. Although Yifat doesn’t know that her father is responsible, she goes to the man’s house and offers his widow money, offending the grieving woman, who is certain that Yifat had an affair with her husband. Yifat is drawn into an ambivalent relationship with a friend of the worker, who may or may not be a terrorist.Other than the huge coincidence of David’s random shot in the dark killing the man who came on to Yifat, there are a number of other glaring plot holes. But these improbabilities are the least of the movie’s problems.What is more serious is that the characters don’t seem like a real family, while they and their actions in this overdetermined story are meant to make a point about how Israelis – even left-wing Israelis – use and abandon Palestinians.In the end, after having hurt each other and those around them in all kinds of ways, the family heads off to a pop music concert, all smiles.Moral decay is always a timely subject: It’s everywhere, it’s in all of us and all that. But are we really so far gone that this family is typical? Omri often calls his mother a whore, to her face and in front of other family members, long before her affair with the student is made public, and she reacts merely with mild annoyance.Maybe I live in a bubble of kindness and courtesy, but is this actually common among stable families? Kolirin seems to expect us to think that it is.There is a kernel of an interesting story here: Yifat’s desire to build bridges with Palestinians and how her impulses are frustrated by the complex reality in which she lives. If only that had been the main focus of Beyond the Mountains and Hills.