Chief Rabbi Lau: It is easy for us to say that these things don’t exist in our realm, but it is not true. 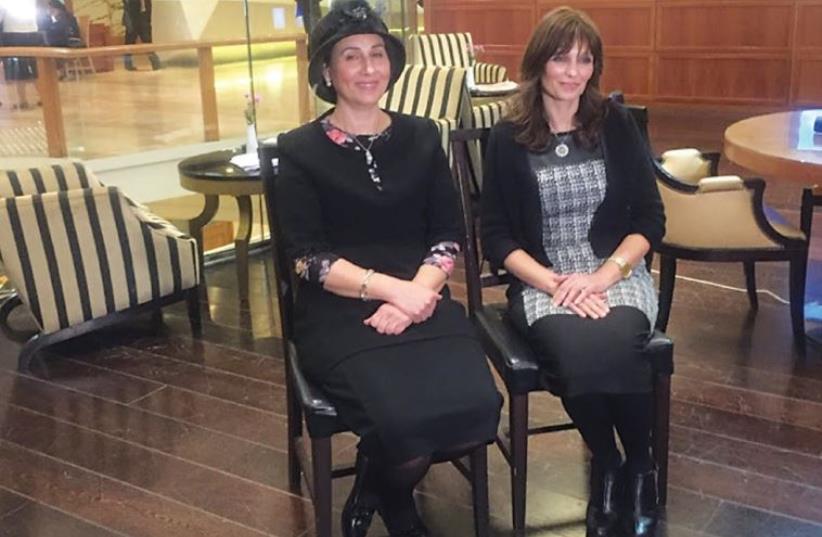 Yaffa Deri, wife of Shas chairman Arye Deri, and Tzipi Lau, wife of the chief rabbi, attend the Forum for Rabbis’ Wives conference at the Leonardo Plaza Hotel in Jerusalem
(photo credit: COURTESY RELIGIOUS SERVICES MINISTRY)
Advertisement
The Religious Services Ministry together with the Chief Rabbinate held a seminar on Wednesday for the wives of state-paid municipal rabbis to prepare them to deal with social issues that may arise in their communities, including incidents of physical violence and sexual abuse.The initiative for the event came from Religious Services Minister David Azoulay (Shas) along with Rabbi Hizkiyahu Samin, the director of the department for rabbis in the ministry, after it came to their attention that municipal chief rabbis, along with rabbis of small towns, settlements, and local municipal districts are increasingly dealing with issues of welfare, family, and similar matters.The rabbis, however, are not equipped to deal with these issues, the ministry noted.Azoulay and Samin therefore sought to establish the Forum for Rabbis’ Wives, to provide training for some 600 wives of state-paid rabbis, giving them the tools to deal with issues of physical and sexual abuse, should women from their communities approach them with such concerns.“The purpose of this conference is to involve the wives of rabbis so that they can provide help to a woman in distress who doesn’t know what to do and where to turn,” Azoulay said.He noted that rabbi’s wives are not meant to take replace those who deal professionally with these issues, but rather to serve as a source for women to turn to in order to begin dealing with these problems.“We need to give immediate ‘first aid’ to that women who is in that severe crisis and in those tough moments and who is looking for an attentive ear,” he said.“Serious claims are sometimes made that the haredi [ultra-Orthodox] community sweeps these issues under the carpet. The purpose of the conference is to say we are trying to deal with the problem, but in our own way,” Azoulay said, speaking to The Jerusalem Post.Chief Rabbi David Lau also spoke at the seminar, which was held at the capital’s Leonardo Plaza Hotel, and called on the participants to treat women who come to them for help as if they were their daughters.He said that the police should always be brought in to deal with these cases, adding that it is forbidden not to do so.“We must not cover these things up. It is forbidden to cover them up. We need to deal with these things in the appropriate way, and to turn to the law enforcement agencies,” said Lau.He also warned against any complacency about such issues in the religious community.“It is easy for us to say that these things don’t exist in our realm, but it is not true. Thank God, [they exist] in low numbers, but even if just one child needs to be helped, everything must be done to assist them.”Among the other speakers were Yaffa Deri, the wife of Shas chairman and Periphery Minister Arye Deri, and Tzipi Lau, wife of the chief rabbi.The conference also involved panels of professionals in the field, including police officers, psychologists, social workers and directors of trauma centers for women.