Announcement on two new stations comes amid a rising debt for the Israel Electric Corporation and the search for alternative electricity production. 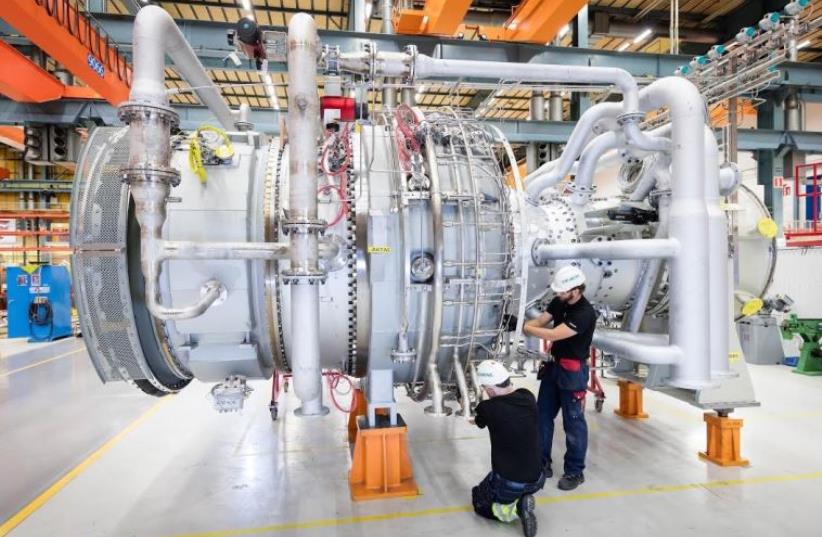 Siemens SGT-800 gas turbine
(photo credit: Courtesy)
Advertisement
Siemens AG will be part of the team building two natural gas power stations in the North.The Israeli branch of German engineering giant, Siemens Israel, was invited by RD Energy, a private Israeli energy provider, to supply the huge turbines that will generate the electricity. The company will also be responsible for the factories’ engineering, procurement and construction plan. The power stations, expected to be completed in 2018, will each produce 70 megawatts of electricity.The plant in Alon Tavor will provide electricity and steam to the Tnuva dairy facility in the Jezreel Valley. The Ramat Gavriel Power Station will power the NILIT factory, which manufactures plastic and textiles.Each power plant will be supplied with an SGT-800 industrial gas turbine, a SST- 300 industrial steam turbine and an SPPA-T3000 control system. The turbines will be produced in Sweden and the Czech Republic.In a statement on Tuesday, Shmuel Fledel, CEO of Siemens Israel, said the “power station market in Israel has enormous potential.”“This is a good opportunity to establish ourselves in the country as a supplier of turnkey power plant solutions and services,” he said.Turnkey power plants are built so that they can be sold to any buyer as a completed product, and then sold to a specific company.According to the company’s estimates, Siemens technology is already part of around 40 percent of Israel’s “power generation capacity.”The announcement comes amid rising debt for the Israel Electric Corporation and the search for alternate ways to create electricity. In a meeting of the Knesset’s Finance Committee on Wednesday, chairman Eitan Cabel said the IEC is NIS 70 billion in debt.During the meeting, it was decided that the committee will hold a number of meetings to work out some sort of electricity market reform.