Halperin will replace David Gilo, who resigned in August in protest of a deal regulating Israel's natural gas industry. 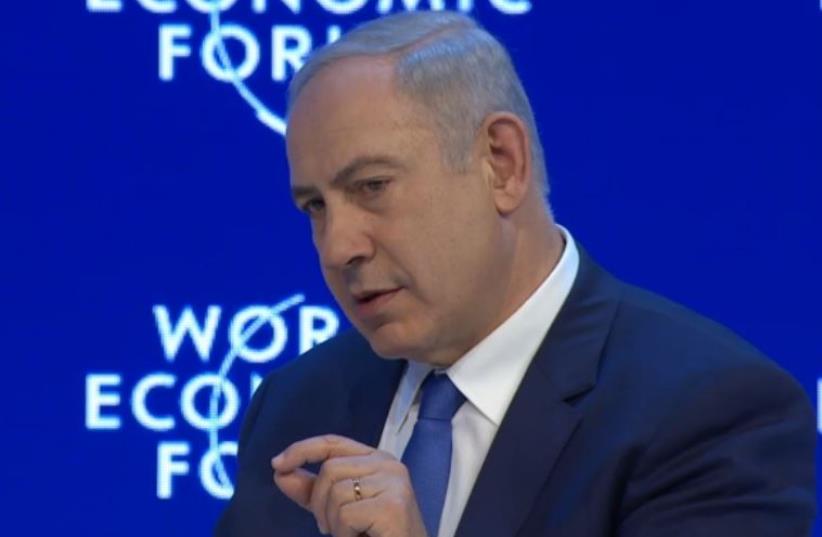 Netanyahu speaks with CNN's Fareed Zakaria in Davos
(photo credit: screenshot)
Advertisement
In his capacity as acting economy minister, Prime Minister Benjamin Netanyahu on Wednesday picked lawyer Michal Halperin as the next antitrust commissioner.Halperin will replace David Gilo, who resigned in August in protest of a deal regulating Israel’s natural gas industry.Netanyahu jumped through months of hurdles to sidestep the Antitrust Authority and push through the deal, which Gilo said did not create enough competition. Last month, Netanyahu signed “Article 52” in his capacity as acting economy minister, which allowed the government to override antitrust objections in the name of security purposes.Netanyahu became acting economy minister after Arye Deri, now interior minister, resigned from the post in order to avoid invoking Article 52 for the first time in Israel’s history. That move followed failed attempts to move the authority for Article 52 to the cabinet.Halperin, who leads the Antitrust and Competition Group at the Meitar Liquornik Geva Leshem Tal law firm and served as deputy to the head of the Antitrust Authority from 2002 to 2006, was on the shortlist with Uri Schwartz, who has been the acting head of the authority since Gilo’s departure.“The combined experience of advocate Halperin is in the public sector and the private sector, and her deep understanding of the antitrust field will help the authority reach the correct balance between the needs of the economy and [the] private sector for the benefit of Israel’s continued economic development,” Netanyahu said.Halperin said she saw the appointment “as an opportunity to contribute to a free, growing and developing economy and to increase competition in the economy in favor of Israel’s consumers and citizens.”Zionist Union MK Shelly Yacimovich said Netanyahu’s decision to appoint Halperin over Schwartz was part of a pattern of ousting combative regulators who caused political trouble.“It is preferable that regulators focus on the public good and their professional judgment and not try to please the whims of the political echelons,” she said. Deferring to politics “is not appropriate, and it turns out that it doesn’t pay.”Meretz MK Isawi Frej criticized Netanyahu for first overriding the authority on the gas deal and then picking someone new himself instead of leaving the task to the next economy minister.Halperin, he said, “received a position devoid of content, where all the important decisions have already been made.”