Pollard was paroled from prison after serving 30 years of a life sentence. 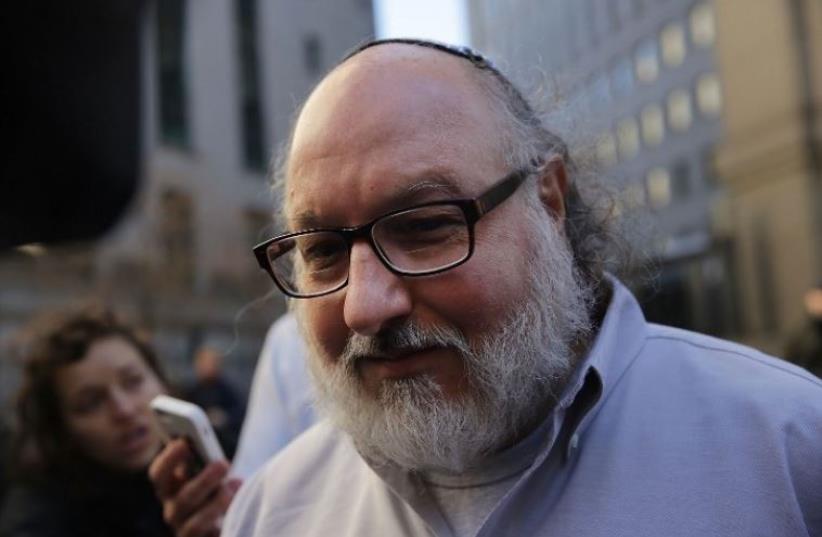 Israeli spy Jonathan Pollard leaves a federal courthouse in New York
(photo credit: AFP PHOTO)
Advertisement
Prime Minister Benjamin Netanyahu’s office intervened on Sunday to prevent the advancement of a bill that would have required the state to fund the expenses of Israeli spy Jonathan Pollard for the rest of his life.The measure, sponsored by Knesset House Committee chairman David Bitan (Likud), called for the state to pay Pollard a monthly stipend and cover his medical expenses and the cost of his housing, which, according to his parole conditions, must currently be in New York.The legislation was expected to be approved on Sunday by the Ministerial Committee on Legislation. But Netanyahu’s bureau chief David Sharan asked Bitan to postpone the vote, for “diplomatic and security reasons.”A source close to Netanyahu said the decision was made at the request of security officials.On November 20, Pollard was paroled from prison after serving 30 years of a life sentence.He is waiting for a ruling from a New York District Court judge about whether his parole conditions will be relaxed.Sources close to Pollard welcomed the postponement of the bill, saying that Pollard and his wife, Esther, preferred to live out of the spotlight and did not want to draw attention.“At the moment, we need to keep quiet and let the lawyers do their job the best they can,” the source said.Due to the strict nature of Pollard’s parole conditions, which require monitoring of computers he uses online, he has not been able to start working yet, despite receiving a job offer.Bitan insisted the bill had been postponed and not canceled and would be passed when the time was right.“We have an ethical obligation to Pollard, especially after he sat in prison for 30 years while the State of Israel failed to get him out,” Bitan said.“After everything Pollard has been through and contributed to the state, it must ensure that he can live with dignity.”