Netanyahu to Aerosmith: You don't want to miss a thing

This is the first time the rock band has been in Israel since 1994. 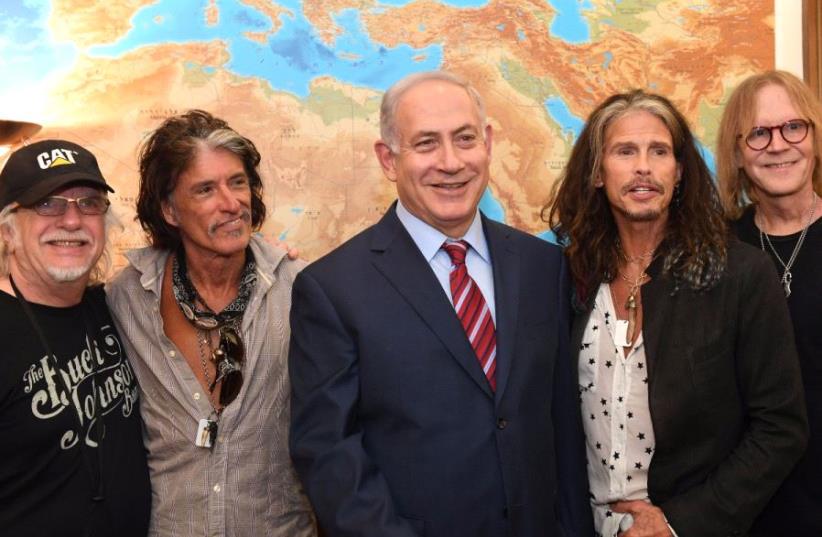 Prime Minister Benjamin Netanyahu met with Aerosmith 27 May 2017.
(photo credit: KOBI GIDEON/PMO)
Advertisement
Prime Minister Benjamin Netanyahu met with Rock Legends Aerosmith Thursday, a day after their Tel Aviv Show. Netanyahu asked the group members where they had been in the country and joked: "you don't want to miss a thing." He continued to explain a small piece of Jewish history.Steven Tyler replied in jest that their meeting and the subsequent photo they took together will be the "cover of Newsweek." The rock legends played in Tel Aviv Wednesday night, gracing the stage in the Jewish state for the first time since their 1994 performance in the country.Steven Tyler, Joe Perry and company definitely put the focus squarely on the songs from their 44-year recording career. No fireworks, background dancers or outfit changes - just meat and potatoes rock from the original quintet of one-time Boston brats, aided by keyboard player and high harmony singer Buck Johnson. David Brinn contributed to this report.