The event's screening was a first-ever simultaneous broadcast from the two legislatures. 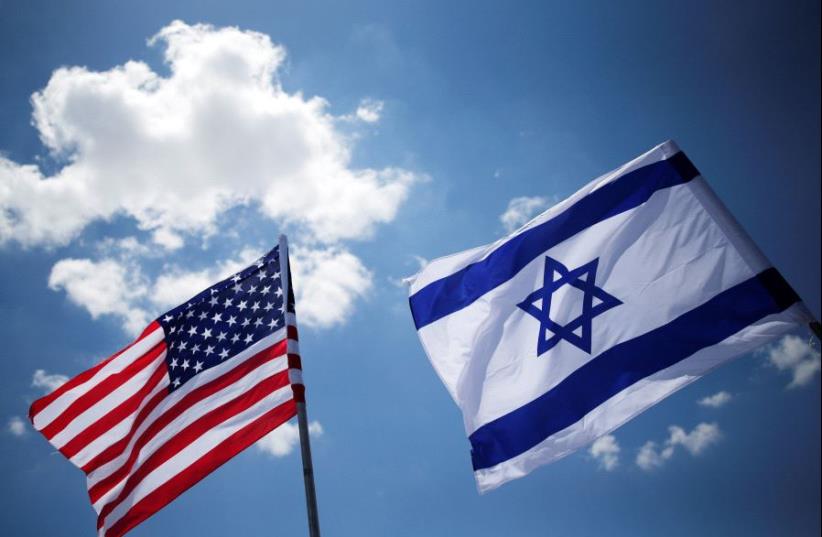 American and Israeli flags
(photo credit: REUTERS)
Advertisement
The Knesset and the US Congress on Wednesday jointly marked 50 years since the reunification of Jerusalem, in the first-ever simultaneous broadcast from the two legislatures.The event could have been seen as tacit recognition by the White House of Jerusalem as Israel’s capital, which could have sparked controversy. But despite speculation, US Vice President Mike Pence, who is also the president of the Senate, did not participate in the event.The event comes after Donald Trump, during his trip here last month, became the first sitting US president to visit the Western Wall but did not make any mention of Jerusalem Day, which was celebrated the day after he left the country.Prime Minister Benjamin Netanyahu told the crowds at the Knesset and Congress that “Jerusalem will never be divided again.” He contrasted the city before 1967 – when his mother told him “You can’t go right, you can only go left,” due to Jordanian snipers – and visiting the Western Wall immediately after the Six Day War.US House Speaker Paul Ryan called Jerusalem “the spiritual and religious capital of the Jewish people for 3,000 years” and the eternal capital of the Jewish people, and said it would not be divided again. He quoted from letters from Netanyahu’s brother, Lt.-Col. Yonatan Netanyahu, who died in the 1976 Entebbe rescue mission, praising the city.Governors from states across America, both Democrats and Republicans, addressed the event and congratulated Israel on the anniversary of the reunification of its capital.Knesset Speaker Yuli Edelstein called upon Trump’s administration to recognize Jerusalem as Israel’s capital and keep the city undivided.“Let us promise that support for unified Jerusalem remains high on both sides of the aisle, across the political spectrum, and throughout the United States,” Edelstein said. “Looking around the world, and especially at this region, one thing becomes crystal clear: Only Israeli sovereignty will ensure that the city’s holy sites remain open, free and safe for members of every religion. I therefore call upon the administration to follow the lead set by the House and Senate and recognize Jerusalem as the official and unquestioned capital of the State of Israel.”
Trump delays moving US embassy to Jerusalem (credit: REUTERS)
Edelstein urged Trump to keep his promise to move the US Embassy to Jerusalem, saying the 50th anniversary of the city’s reunification is the appropriate occasion to take such a historic step.“I am sure other countries will follow your lead,” Edelstein said.Ambassador to Washington Ron Dermer, who initiated the event, called Jerusalem’s reunification a modern-day miracle. He praised Congress for voting to recognize Jerusalem as Israel’s capital.Lahav Harkov contributed to this report.