According to the new version of the law, the state would be allowed to detain new illegal migrants for up to 18 months. 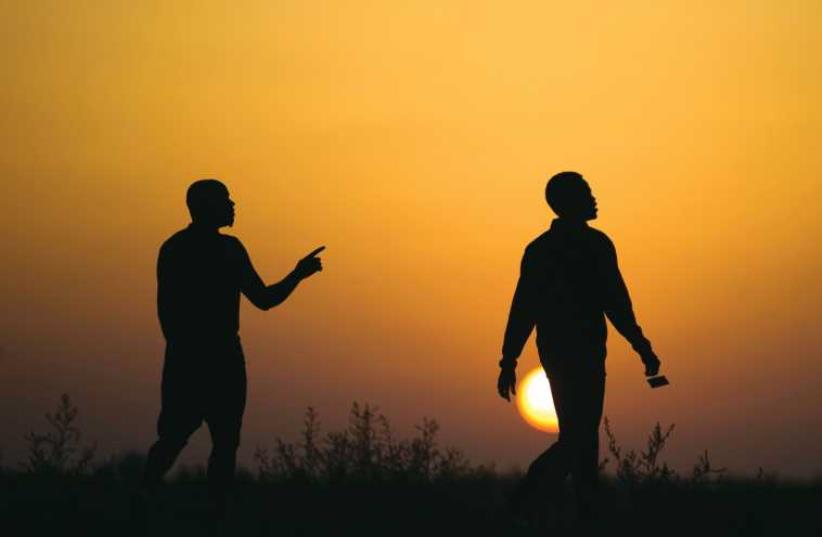 African migrants walk outside Holot open detention center in the southern Negev last year.
(photo credit: REUTERS)
Advertisement
An “anti-infiltration amendment” proposed by the Interior Ministry this week is an affront to Israel’s democracy and basic law, MK Michal Rozin, head of the Knesset committee dealing with foreign workers, said on Monday.“The government of Israel is again shirking its responsibility to our basic law and breaking new records for cynicism by welcoming human rights week, while at the same time suggesting a law that would trample human rights and freedom.”Rozin (Meretz) added, “This stubborn insistence to work against the decisions of the high court constitutes a real threat to democracy.”The Interior Ministry on Sunday published a proposal for the new amendment to the anti-infiltration bill that would expand the amount of time that illegal migrants can be held in detention facilities.According to the proposed version of the law, the state would be allowed to detain new illegal migrants for up to 18 months. Migrants who have been in Israel since before the new bill could be jailed for up to 12 months, and the interior minister would have the ability to extend that term to 18 months in special circumstances, according to the wording of the proposal.As opposed to the current regulations, the bill would also remove an exception for migrants who are parents, allowing them to potentially be jailed.The bill still needs to be approved by the Ministerial Committee for Legislation before it can go before the Knesset.Activist and executive director of the African Refugees Development Center, Mutasim Ali, said that he has no doubt that the bill would be passed, as were previous ones, and said it was a sad indication of the government’s approach to asylum seekers.“I think that the idea of the Interior Ministry is to try to break the will of asylum seekers, and people will find any means necessary to get out of the country in the end. They’re achieving their goal.”He said that he and others can oppose the bill, but that ultimately “people are already broken and this is exactly what the Interior Ministry and the government want.”On Sunday, a group of pro-migrant NGOs appealed to the Supreme Court to cancel the state’s policy of indefinitely imprisoning migrants who were denied refugee status if they refuse self-deportation to an unnamed third country.The migrants turned to the Supreme Court after the Beersheba District Court rejected the same request in November.The new amendment proposed on Sunday follows a series of amendments that have been ruled unconstitutional by the Supreme Court.In August, the Supreme Court rejected the state’s 20 month detention period for migrants, but upheld the legality of jailing migrants in Holot, the large, open-air detention facility Israel built in the country’s south.While the ruling led to the release of over a thousand migrants who had been jailed in Israel, it also effectively validated the state’s policy of using detention to encourage migrants to willingly leave the country without deportation.There are currently some 50,000 illegal African migrants in Israel, the majority from Eritrea. Israel cannot forcibly deport them because of the risk that they could face persecution back in their home country, the same reason natives of Sudan cannot be deported.

Tags refugees in israel
Advertisement
Subscribe for our daily newsletter