This alleged incident follows a series of such interrogations by the Shin Bet of foreigners entering the country. 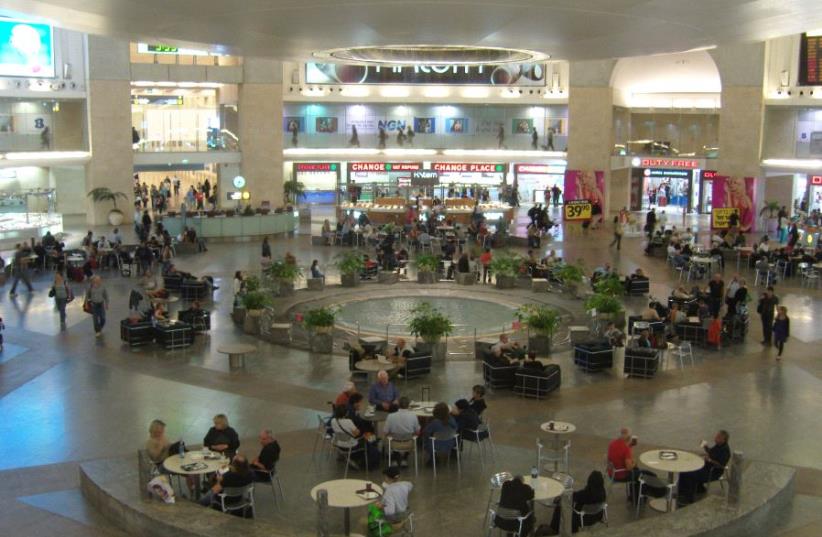 Ben Gurion Airport
(photo credit: MEWASUL/WIKIMEDIA COMMONS)
Advertisement
Reza Aslan, a prominent author, professor and public intellectual from the US, revealed on Tuesday that he was detained, interrogated and threatened by Shin Bet officials regarding his political opinions when entering Israel from Jordan two weeks ago.
Aslan’s claims follow swiftly on from a similar incident in which political commentator and author Peter Beinart was detained and interrogated in a similar manner at Ben Gurion airport, and at least three other such incidents in recent weeks.
Aslan is an Iranian-American scholar on religion, and has been harshly critical of Israel over its control of the West Bank and policies towards the Palestinians and has said that one, bi-national state is the only remaining solution for the Israel-Palestinian conflict.
On Tuesday, Aslan wrote on Twitter that he was harshly questioned about his political views when crossing into Israel with his family by the Shin Bet official, who also threatened that he would not see his family for a long time if he did not cooperate with them.

(THREAD) Peter’s experience has spurred me to share mine.

2 weeks ago, as I was crossing back into Israel from Jordan, I was separated from my family and detained by Shin Bet. “We can make it so you don’t see your kids for a long time” I was warned. This is what happened next https://t.co/syxVj23BNx— Reza Aslan (@rezaaslan) August 14, 2018

He said that he was separated from his wife and two children and asked questions such as “why do you hate Israel?,” if he hates the prime minister and asked if he believes Israel should exist or not.
Aslan said he was then told to write down the names of Palestinians he knows, journalists he associates with, and Palestinian organizations he supports.
“If you don’t cooperate it will be a long time before you see your kids again,” Aslan says he was told.
“I may let you into Israel but, who knows, I may not let you out. I will keep you here and kick out your family. It depends on you. You would miss your kids yes?,” Aslan said the Shin Bet agent said.
The Prime Minister’s Office, which oversees the Shin Bet, did not immediately respond to a request for comment.
This alleged incident follows a series of such interrogations by the Shin Bet of foreigners entering the country.
Beinart revealed on Monday that he had been detained and interrogated by Shin Bet agents at Ben Gurion last week, and asked about organizations he was associated with and if he planned to attend protests against the government.
Prime Minister Benjamin Netanyahu and the Shin Bet publicly apologized for the incident, saying it was “an administrative mistake.”
Earlier this month, two left-wing Jewish-American activists were detained and questioned about their political beliefs and activities, while in July, Meyer Koplow, a philanthropist and donor to Israeli institutions including Jerusalem’s Shaare Tzedek Hospital, was detained at Ben-Gurion Airport and questioned by Shin Bet personnel because about his political opinions.
Later in July, the Shin Bet also detained and questioned Israeli author Moriel Rothman-Zecher for his connection to left-wing anti-Occupation groups.
In March 2017, the Knesset approved an amendment to the  Entry Into Israel Law which gives the Interior Ministry the right to bar foreign nationals who support the BDS boycott movement against Israel from the country.
The Strategic Affairs Ministry says however that only 14 individuals have been barred from the country under the terms of this law, and that only “central, stand-out, significant BDS activists.”
An official for the ministry told The Jerusalem Post that the recent spate of detentions and interrogations at the borders had no connection to this law.
“This is not connected to us and we have no connection to it,” the official said.
“A recommendation was not drafted in the case of Peter Beinart and the ministry wouldn’t draft such an opinion because he’s not a BDS activist.
“The ministry has a list of the major BDS groups whose leaders are not allowed into Israel. And if we draft a recommendation it wouldn’t even be considered, and wouldn’t happen, that people are asked questions about their political opinions.”