“We’ve come together to see the light.”

By SHARON UDASIN
The first solar field in east Africa
(photo credit: SHARON UDASIN)
Advertisement
RWAMAGANA – Just a few degrees south of the equator on Thursday, sunlight bathed rows of pristine solar panels as delegates from around the world arrived to celebrate the inauguration of East Africa’s first solar field.“What we can see up here today for Rwanda, Africa and the world is hope,” said Yosef Abramowitz, the American-Israeli co-founder and president of the Gigawatt Global company. “We’ve come together to see the light.”The company’s $23.7 million, 8.5 MW solar field is the first utility-scale solar power plant in the region, and the largest solar field on the continent outside of South Africa and Mauritius.Made up of 28,360 photovoltaic panels on a 20-hectare (50 acres) plot of land, the field is now supplying 6 percent of Rwanda’s power supply, and will be harnessing the sun’s light for 25 years according to the power purchase agreement. 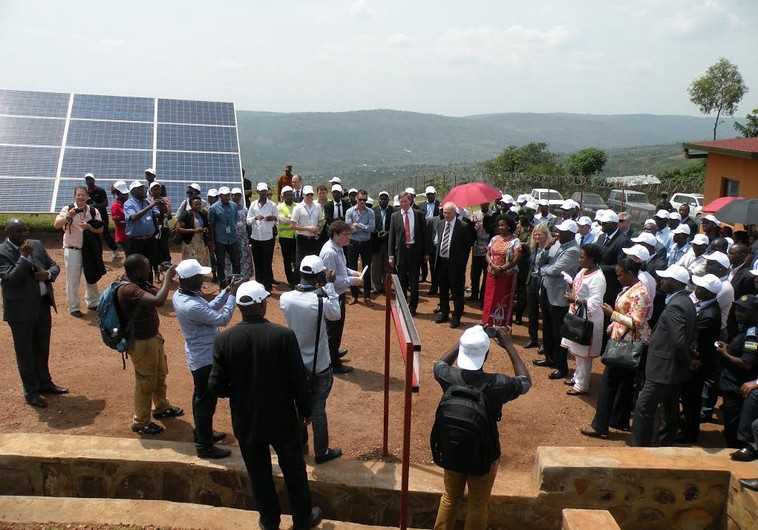