NGO: One person killed every day on roads

Or Yarok released the data on the occasion of National Road Safety Day, which occurs on Tuesday. 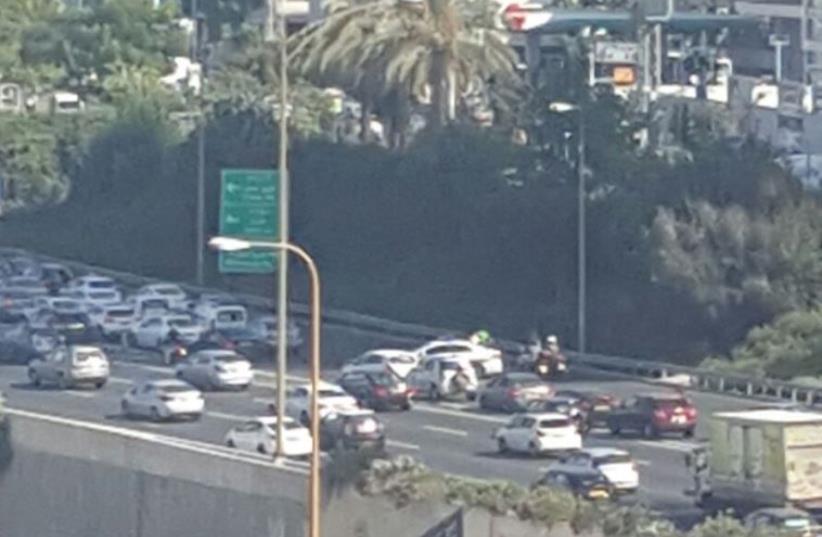 Traffic on the Ayalon Freeway is backed up as police seal off Hashalom interchange‏ in Tel Aviv
(photo credit: YOEL MILLER)
Advertisement
On average over the past year, traffic accidents have led to one fatality and 64 injuries daily, the road safety organization Or Yarok revealed on Monday.With 298 Israelis dying in road accidents since the beginning of the year – in comparison to 261 over the same period last year – the number of fatalities has increased by 14 percent since last year. The 64 traffic-related injuries that on average occur daily amount to about three people hurt every hour.Or Yarok released the data on the occasion of National Road Safety Day, which occurs on Tuesday.“How many more people need to die until someone in the Transportation Ministry wakes up and realizes that human life takes precedence over everything?” asked Or Yarok CEO Shmuel Aboav. “The reduction in funds that the Transportation Ministry allocates to road safety is the cause of the rise in number of fatalities for the third year in a row.“Therefore, we must strengthen police enforcement, take care of dangerous roads and intersections and provide education on road safety to all children, from kindergarten through the receipt of a driver’s license.”Looking at accidents involving pedestrians in particular, the Or Yarok data indicated that, once every three days on average, a pedestrian is killed in a road accident, while nine pedestrians are injured daily.During the first 10 months of 2015 alone, more roadside fatalities occurred than during the entire year of 2012, according to Or Yarok.From the beginning of 2015 through now, 79 drivers and 63 passengers were killed, as opposed to 64 and 46 respectively during the same period the year before, the data said. Thus far this year, 46 motorcyclists, 14 bicyclists and 91 pedestrians were killed in traffic fatalities, in comparison to 32, 8 and 104 respectively during the year before.In response to the report, the Transportation Ministry said that the number of road fatalities stands at approximately 300 annually, a number that is 50% percent lower than the figure recorded a decade ago. The country is continuing to experience “a constant trend of declining road accidents,” a statement from the ministry said.“The Transportation Ministry has made the war against traffic accidents a primary goal,” the statement continued.“The annual budget invested in fighting traffic accidents amounts to billions of shekels and includes, among other things, building new roads, constructing interchanges, developing safety infrastructure, constructing safety barriers and markings along the roads, pedestrian bridges and more. All of these are life-saving projects of the first rate.”In addition, the ministry added, each year hundreds of millions of shekels are invested in urban safety promotion, public transportation improvements, police and administrative enforcement, education and advocacy.