Outrage sparked in central Israel after swastikas spray-painted near synagogue

The city of Petah Tikva has a history of such incidents dating back to 2006, when a neo-Nazi cult took to the streets and terrorized residents before being arrested by police. 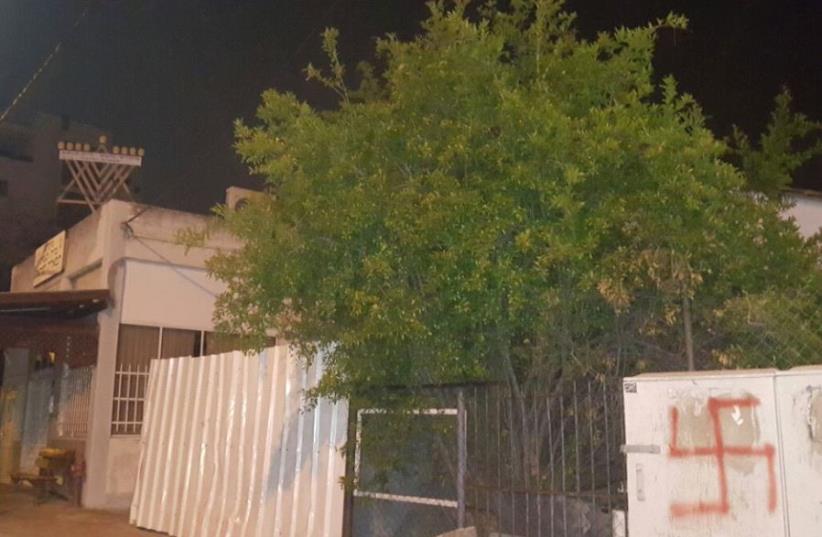 Swastika spray-painted in Petah Tikva.
(photo credit: ALON HACHMON)
Advertisement
Residents of the central Israel city of Petah Tikvah awoke on Tuesday morning to an unwelcome sight on the first day of Passover. Swastikas decorated two neighborhood walls not far from a synagogue in a vandalistic act bearing a clear and very intimidating message. The stunned residents who were greeted with the unsettling sight of Nazi-affiliated emblems alerted police to the incident and were then referred to the municipality. "It was devastating to see this first thing in the morning and on the holiday, no less. To hurt the feelings of such a large sector in the city is an outrageous provocation, and someone has to take matters into their own hands and track down the perpetrators who are among us," one agitated neighbor told Maariv. "It took me years back," she added, referring to the 2006 revelation of a neo-Nazi cult that had congregated and developed in Petah Tikva a little over a decade ago. The cult started by spray painting swastikas in major sites across the city, went on to spray graffiti statement in support of the Nazis and escalated to violent attacks in which cult members had stalked residents of the city and brutally attacked them.
Police arrested several suspects at the time, and some were indicted and imprisoned. 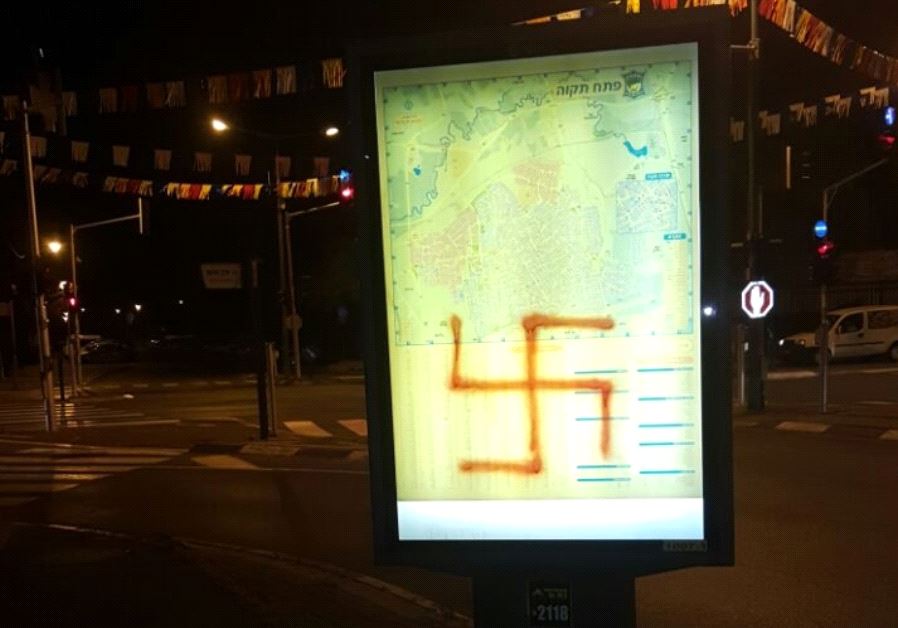 However, the city was afflicted with antisemitic and neo-Nazi aggression again in 2011 and in 2015 in two waves of vandalistic acts. The neighbor expressed her fear that the city will again have to face the same intimidation and violence it had been faced with in the past. "They would rage in the city and beat Haredi people and children, men and women, only until they were exposed one after the other," she recounted. Police have said that "following the report, a police officer arrived at the scene and police will now look into it. The municipality was also updated about the act of vandalism."