Over half of religious-Zionist women want female halachic adviser

Calls for female religious leadership in the liberal wing of the religious-Zionist sector have been increasing in recent years. 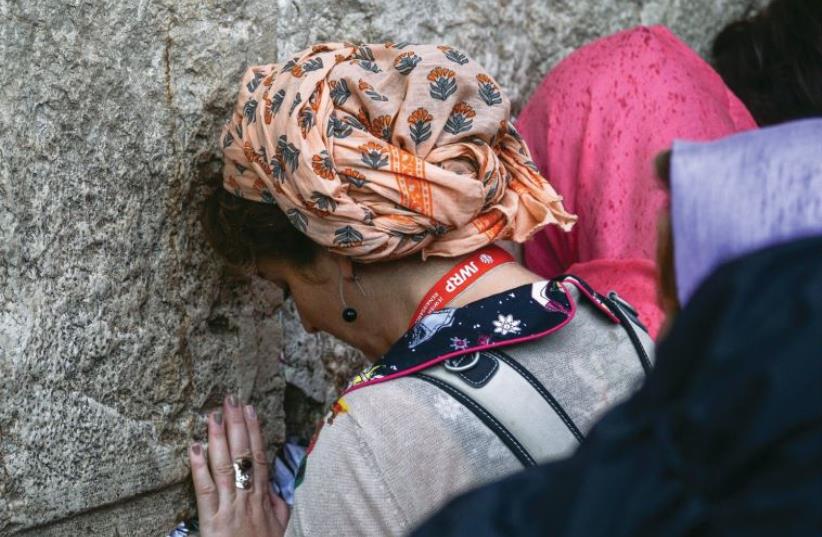 Women pray at the Western Wall
(photo credit: JWRP)
Advertisement
More than half of religious-Zionist women would like a female spiritual leader in their community with whom they could consult on matters of Jewish law, found a recent poll conducted for Herzog College.The poll, conducted by the TAK Strategies institute, polled religious-Zionist women on a variety if issues pertaining to religious women in communal life, ahead of the opening of a new religious study program for women at Herzog’s Jerusalem campus. The survey was conducted by internet on a sample of 210 religious-Zionist women above the age of 18 in July 2016 with a margin of error of 6.9%. According to the survey, 53 percent of the women polled said that it was important to them that their be a female religious leader who can give halachic advice, in parallel to a male rabbi. Another 21% said they might be interested, depending on the level of halachic detail the female religious adviser could give them, while another 26% said it was not important at all for them to have such a figure in their community since the rabbi could provide answers to questions of Jewish law. Those polled were also asked how they get answers to questions regarding matters of Jewish law. Thirty-six percent of respondents said their husband asks such questions on their behalf, 26% said they get answers from the community rabbi or municipal chief rabbi, while 29% of women say they try and find out for themselves. Calls for female religious leadership in the liberal wing of the religious-Zionist sector have been increasing in recent years, with two women appointed to prominent positions of communal religious leadership in the last two years.In 2015, Dr. Jennie Rosenfeld was selected by Efrat municipal chief rabbi Shlomo Riskin to serve as a communal spiritual leader for Efrat’s residents, while the Ramban synagogue in south Jerusalem appointed Carmit Feintuch to serve as a female spiritual leader for the community. And in 2014, two women ordained to render decisions in Jewish law by Midreshet Lindenbaum, published the first book of responsa on Jewish law written by Orthodox women.  Herzog’s new study program is designed for women with a bachelors degree who want to deepen their knowledge of religious sources, and will be recognized as a masters degree in Jewish Oral Law.Rabbanit Dr. Michal Tikochinsky, the deacon of female students at Herzog College and head of the new study program, said that the gap between the number of women who said they want a female halachic adviser in their community and the number of women who get themselves seek halachic advice showed the need for greater numbers of female religious leaders and advisers. “It is clear that in front of our eyes, a big change is happening,” said Rabbanit Dr. Michal Tikochinsky, the deacon of female students at Herzog College and head of the new study program. “Women feel that the answer of women is the more ‘complete’ answer, which brings with it their perspective into halacha and ways of learning,” she continued. “There is a great thirst among the public, which I see as a teacher in my day to day meetings with women. I very much hope that the obstacles that have stood in the way of women on their path to the well of living waters of the Torah will be breached.”