Border policewoman Tsippi Yacovian, who was critically wounded and partially paralyzed after her spinal cord was severed, goes to court. 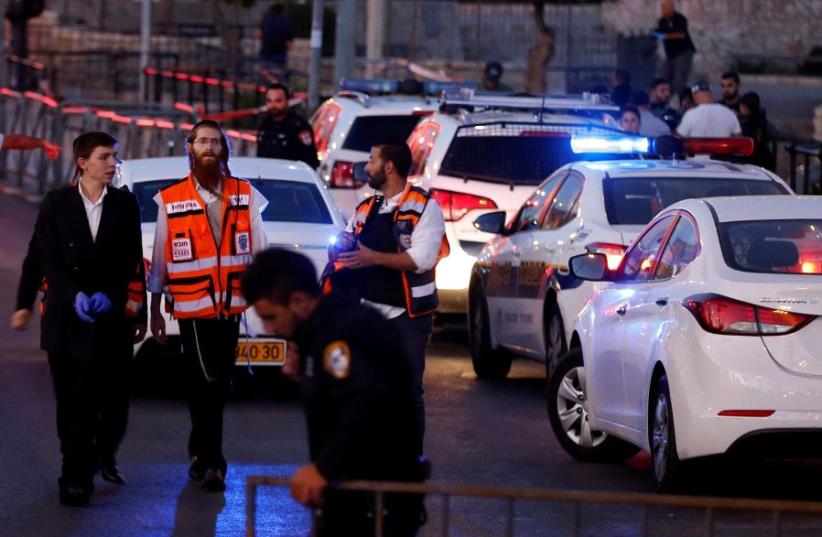 Israeli police
(photo credit: REUTERS)
Advertisement
Border policewoman Tsippi Yacovian, who was critically wounded and partially paralyzed after her spinal cord was severed during a September terrorist attack near the Old City’s Herod’s Gate, testified this week against the man accused of repeatedly stabbing her.Yacovian, 38, a married mother of two, is now confined to a wheelchair and has spent nearly 300 days at Hadassah-University Medical Center on Jerusalem’s Mount Scopus because her home is not presently equipped to accommodate her considerable medical needs.The severity of her wounds, which doctors did not think she would survive, requires intensive support, including 24-hour care and expensive specialized equipment, as well as making her home wheelchair accessible.A crowdfunding campaign was launched Monday to help her family raise NIS 1 million to equip a suitable new residence. Until then, Yacovian must remain at the hospital.During her Monday testimony against Ayman al-Kurd – who was arrested after attacking Yacovian and another officer – Yacovian was separated from Kurd by a screen in a Jerusalem District courtroom.Yacovian recounted that shortly after arriving at Damascus Gate for duty and joining a colleague to walk toward nearby Sultan Suleiman Street, she felt a “blow from behind,” and heard gunshots, but could not see her assailant.“When I fell to the ground, I heard my name being called out from behind, and gun shots,” she said.“I saw [a fellow officer] and he asked me if I was shot or stabbed,” she continued.“I said, ‘It’s a stabbing, call Magen David Adom,’ and I don’t remember anything after that. The next thing I knew, I woke up in Shaare Zedek Medical Center after being operated on.”Despite efforts from a team of doctors, the attack left her paralyzed below the waist and elsewhere.“I have no feeling in my legs, back or rib cage, and my hands are very weak,” she testified. “I now can’t do basic things and will be dependent on others for most of my life.”Although awarded NIS 1.9 million by the government, and provided with a wheelchair-accessible home for her husband and 10 and 12-year old children, Yacovian’s family contends that the new home is too small to accommodate her caregivers, and too far from the hospital.According to her family, another NIS 1 million is necessary to outfit a viable home near the Mount Scopus hospital.“The bureaucracy is cumbersome, but my goal is to get out of [the hospital] and return to our routine with the children,” said Yacovian.The Defense Ministry, which is overseeing the funding for Yacovian, lamented that she has rejected the home offered, but said it is doing everything possible to accommodate her and her family’s needs.The ministry said it will continue to work with her to procure an appropriate home, despite the formidable costs.As of Wednesday, Yacovian’s crowdfunding campaign, called “Help Tsippi Return Home,” had raised NIS 184,724 from 1,013 donors, some NIS 815,000 short of the funds needed for a new house.“The Rehabilitation Department of the Ministry of Defense, assisted by dozens of real estate agents, has been searching for a suitable apartment for Tsippi,” the crowdfunding page states.“However, even the few apartments they found which could be appropriate, cost more than NIS 1m. above the maximum amount that the family [assisted by the Ministry of Defense] can afford.”