Pitchon-Lev: Delivering the gift of Passover

13,000 holiday baskets will provide families across Israel to observe the Passover holiday. 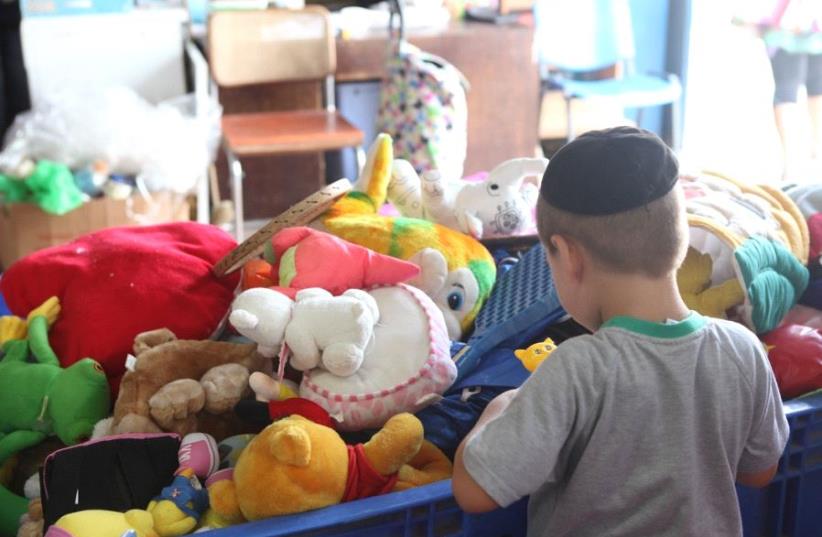 A boy in the Pitchon Lev Help Center in Carmiel, North District
(photo credit: Courtesy)
Advertisement
Later this month, Jewish people all over the world will come together with their families, friends, and loved ones to celebrate Passover. A unique and significant holiday, Passover represents the struggle, determination, and values of the Jewish people throughout history. When the story of Passover is retold year after year, it isn’t told in past tense, but rather in present tense as a reminder that Jews are the living history of their ancestors. While in present day, some families may only know struggle as the history of their ancestors, other families are still looking for their way exodus - their freedom from struggle, and an opportunity for a better life. An elderly woman receives assistance in the Pitchon Lev Help Center in Rishon Letzion, Central DistrictPitchon-Lev, a humanitarian organization in Israel, is helping families across the country in their struggle with even the most basic of needs. Throughout the year, Pitchon-Lev provides families and children with immediate assistance for food, clothing, and basic needs, and long-term support with social programs, educational opportunities, career and military support, and the tools and skills to break the cycle of poverty and live a successful life in Israel. This year, Pitchon-Lev will be providing families with an opportunity to observe the Passover holiday who otherwise would not have the means. Meital, a single mother and one of Pitchon-Lev’s clients, is just one of thousands who will be receiving a holiday basket filled with essentials to be able to observe the holiday just like the rest of Israel’s citizens. “I never imagined that I’d reach a point where I take a food basket once a week, but these things help us get by every day” says Meital. “If it weren’t for Pitchon-Lev, we wouldn’t have a baby seat or a stroller, or any clothes.” With a goal of reaching over 13,000 families across Israel, Pitchon-Lev will be distributing special holiday parcels filled with Kosher for Passover food to help them through the Passover holiday. Distribution will begin on April 5 in Karmiel, and a large distribution marathon will take place in Rishon Letzion on April 6. If you would like to to help and donate a food parcel for Passover CLICK HERE.For more information, click here.This article was written in cooperation with Pitchon Lev