The police said on Wednesday that it had investigated two Haifa Rabbinate employees, one of them a senior figure, on suspicion of fraud and breach of trust. 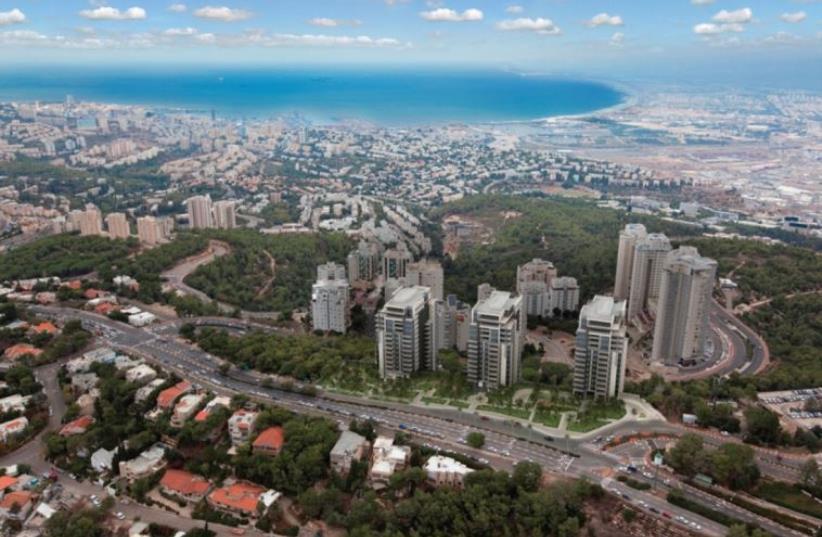 Aerial view of Haifa
(photo credit: COURTESY ASHDAR)
Advertisement
The Israel Police announced on Wednesday that it had compiled a large body of evidence of fraud and breach of trust in dozens of marriage registration cases in the Haifa Rabbinate.The case relates to two employees of the Haifa religious council who were involved in allegedly falsely disparaging the Jewish status of dozens of couples who registered for marriage through the Tzohar national-religious rabbinical association.First reported by Channel 2, the employees falsely designated some of the individuals as mamzers (people born from a halachicly forbidden sexual relationship), divorcees, some as widowed kohanim, and others as having previously married in a civil ceremony abroad – all of which can create severe difficulties for marriage registration.Tzohar has become something of a bête noire for the rabbinate in general, while the Haifa Rabbinate has been particularly irked by the establishment of a marriage registration project for students at the University of Haifa, led by the organization.The police said on Wednesday that it had investigated two Haifa Rabbinate employees, one of them a senior figure, on suspicion of fraud and breach of trust in relation to the marriage registration of more than 100 couples.According to the police spokesman, the findings of the investigation established that “on the basis of their opposition to Tzohar’s approach, an employee of the marriage department of the Haifa religious council had systematically registered false details relating to the personal status of dozens of couples who requested to register for marriage through Tzohar, while a senior [official] in the department ignored this activity and did nothing to stop it.”The two figures were both questioned under warning, while the police also gathered testimony from those affected, and seized documents pertinent to the case.The case will now be turned over to the State Attorney’s Office to decide whether or not to indict the individuals concerned.Both the employees were suspended by the Civil Service Commission earlier this month after the Channel 2 broadcast.“Effectively investigating criminal activity is critical for our national desire to rid out corruption and restore the public’s faith in those responsible for religious services in our country,” Tzohar said in a statement to the press.“It is deeply distressing that the rogue actions of a small group can so negatively tarnish the Jewish spirit in ways that have caused irreparable damage to the people of Israel.”