Blood fued between two major crime families have left over a dozen dead in recent years. 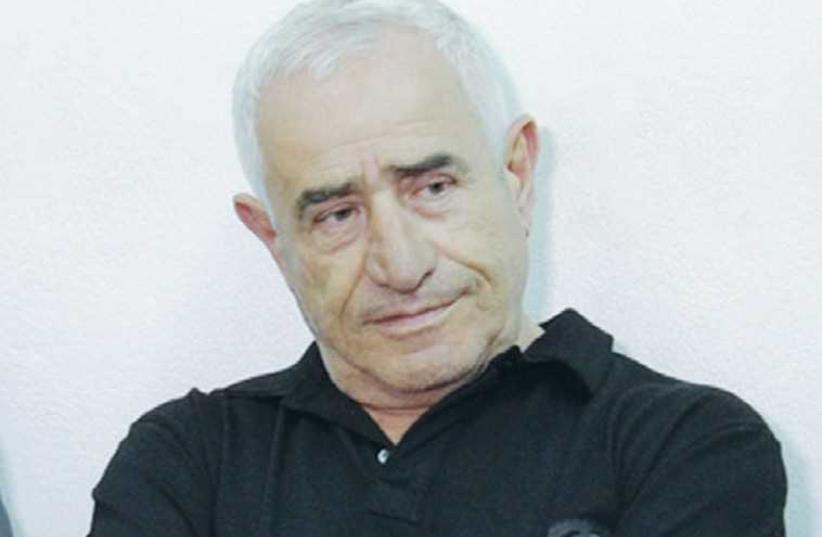 NISSIM MUSLI.
(photo credit: BEN HARTMAN)
Advertisement
Indictments are expected to be handed down Monday in Tel Aviv against eight underworld figures suspected of taking part in three murders in central Israel, all believed to be part of a mob war that has seen more than two dozen people killed in recent years.The suspects, Alon Maimon, Roi Ashuli, Shai Ashuli, Kobi Martziano, Avihel Wahel, Amram Cohen, Lior Grinberg, and Nir Devach, were among 20 members of the Musli crime family arrested at the beginning of last month for a litany of serious crimes, including murder, conspiracy and firearms violations.Police built the case against the Musli family – widely believed to be the richest and one of the most powerful crime families in Israel – after they were able to recruit a top family associate to become a state’s witness. The state’s witness allegedly is a former hit man and one of the most feared members of the organization, with an intimate knowledge of its operations.The existence of a state’s witness in the case was a closely-guarded secret until last month. His identity is said to be widely known in Kfar Shalem and Hatikva, the south Tel Aviv neighborhoods where the Musli family built its empire.In November 2013, Shimmy Anu, a close associate of the state’s witness, was murdered in Johannesburg in what is widely-believed to have been a message to the state’s witness to stop cooperating with police.The eight suspects are expected be indicted for their roles in the killing of Bar Cohen, found shot to death in January 2012 in Bat Yam, and the killing of Ohad Franco and Daniel Samareh, who were shot to death while sitting in a car in Rishon Lezion in February 2012. According to police, they were involved in the murders to varying degrees and face charges ranging from murder to conspiracy and possession of firearms.Police believe the slayings were meant to avenge the death of Avi David, who was gunned down in Bat Yam in 2011. David was a former member of the Abergil crime organization, a blood rival of the Musli family. He left the organization after it began to fall apart when the Abergil brothers, Itzik and Meir, were extradited to the US in 2011 to face organized crime charges.The murders of Samareh and Franco were carried out through the use of a GPS device that was attached to their car, police said.The head of the Israel Police’s Central District, Asst.- Ch. Moti Cohen, said the investigation “pulled the lid off the operations of a crime organization and a series of the most severe crimes.”