A group of Knesset members paid a visit to an ancient synagogue in the city to stake a claim to a place they say historically belongs to the Jewish people.

MKs pray at the Shalom Al Yisrael synagogue in Jericho.
(photo credit: TOVAH LAZAROFF)
Advertisement
Israeli politicians visited the Palestinian city of Jericho Sunday and blew a shofar to stake Israel's claim to the Jordan Valley, just prior to Prime Minister Benjamin Netanyahu's Monday meeting with US President Donald Trump in New York.“Jericho is the first place that the people of Israel entered (their land).This is where we became a people,” said MK Shuli Moalem-Refaeli (Bayit Yehudi).She was one of six members of the Knesset’s Land of Israel caucus who made the group’s first ever-visit to the ruins of an ancient synagogue called Shalom Al Yisrael, located next to a mosque and a Palestinian flag-pole, in the desert city of palm trees that is under the auspices of the Palestinian Authority.The politicians entered with three buses of activists from the Likud and Bayit Yehudi parties — including a shofar blower — to visit the Shalom Al Yisrael synagogue that stands on the spot where ancient lore has it that Joshua met an angel of God before conquering the city of Jericho with ram horns.As the sound of the shofar briefly resounded, sunbeams streamed through the small windows into the dim room and onto the faded mosaic floor of the 6th century synagogue built in the Byzantine era, when the city was in Christian hands.The politicians spoke of an historic as well as a present need to expand the small isolated settlements in the Jordan Valley, which aside from Jericho, is under Israeli military and civil control."The settlements in the Jordan Valley and in Judea and Samaria connect the Jewish people to their roots,” said MK Amir Ohana (Likud) of the Jewish communities in the West Bank, which is under Israeli military and civil control.During the US-led round of peace talks in 2013 and 2014, the US pushed for Israel to agree to withdraw the settlers from the Jordan Valley and pressured the Palestinians to allow the IDF to maintain a military presence there.
MK Yehuda Glick speaks about his and other politicians" recent visit to Jericho
On Sunday night, Defense Minister Avigdor Liberman (Israel Beytenu) visited the Vered Yericho settlement, which overlooks Jericho, and said that the settlements in the Jordan Valley were strategically important for Israel.“We must make it clear that settlements are not an obstacle to peace - they are the only way to achieve peace in our region,” Ohana said.The politicians visiting in the area noted that it was especially important to make a statement about the Jordan Valley because Jericho, along with Gaza, were the first two Palestinian cities Israel handed to the PA, a year after the signing of the 1993 Oslo Accords.Under that agreement, Israelis were to have access to the Shalom Al Yisrael synagogue, the remains of which were first uncovered by a British archeologist in 1936. It is one of two known ancient synagogues in the city.Jews were prohibited from visiting the Shalom Al Yisarel synagogue when Jordan controlled the valley from 1948 to 1967. They did not begin to return to the site until the 1970s. According to the website Jewish Jericho, in 1986 the Israel Nature and Parks Authority purchased the building, constructed over the synagogue’s mosaic floor. 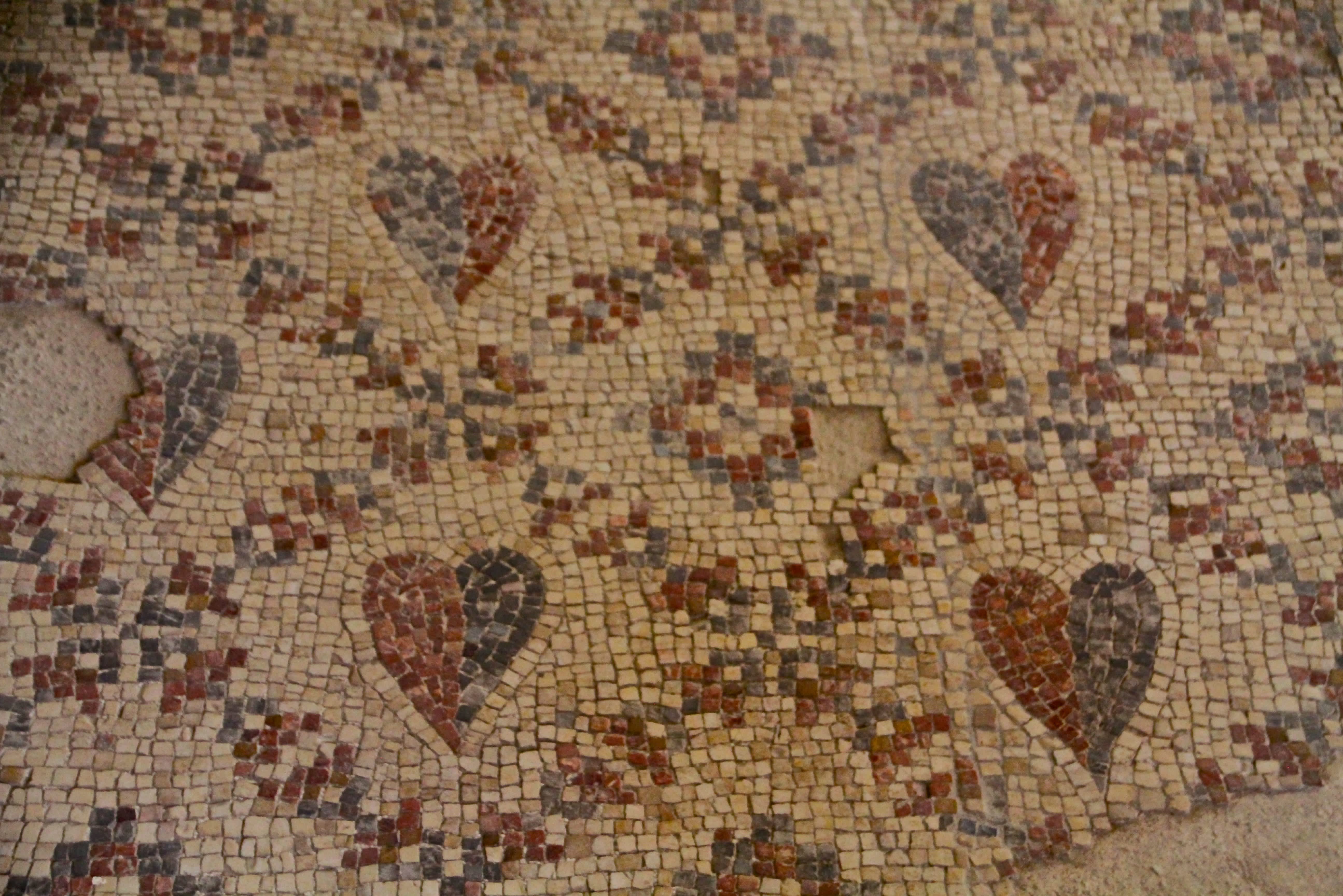 The mosaic at the Shalom Al Yisrael synagogue in Jericho.
The structure was renovated in the 1990s post-Oslo and was regularly used during the time as a prayer space and a yeshiva. But under the provisions of the agreement, no one was allowed to sleep in the building.Palestinians burned the structure at the start of the Second Intifada in 2000 and the building was not renovated until 2009.The bottom floor of the two-story stucco structure is comprised of just one room that displays the mosaic and provides a small wooden walkway along the sides of the room, so that visitors can survey the area.The second floor, which is reached only from an outside staircase, has a small study and prayer room.Sunday’s politicians and activists brought prayer books with them and chanted “we have sinned before you," along with a number of prayers from the New Year liturgy asking for forgiveness.“God of Abraham respond [to our prayers],” they chanted.They also called on the government to restore regular visits to the synagogue such as those that took place in the 1990s.Moalem-Refaeli suggested that there should at least be monthly visits such as those currently allowed with Joseph's Tomb, referencing the site located in the Palestinian city of Nablus, that is located on the site of the biblical city of Shechem.Area resident Erna Covos who has worked to promote the synagogue and Jewish settlement in the Jordan Valley and nearby Megilot region of the Dead Sea, spoke to the group about the unusual patterns in the synagogue's mosaic, which is filled with two hearts colored green and red.The pattern could be interpreted to reflect total devotion to God, Covos said.The red signifies emotion and the green represents the intellect, showing that one should worship God with all their heart and all their mind, she explained.It is the same with the 32 circles and 32 squares on the floor, Covos noted, adding that the numerical equivalence for 32 in Hebrew in the letters that make up the word heart.Double that to arrive at 64 and that is the Hebrew equivalence of prophecy, Covos continued.The mosaic also includes a picture of Jewish candelabra (menorah), a shofar and a palm branch (lulav) as well as the Hebrew phrase, “peace be unto Israel” for which the synagogue is named.“That is our dream-- to live here peacefully with Jews and the Arabs that are living beside us,” said MK Yehuda Glick (Likud).“We are here to say that we are here for good, we are not going anywhere and all the settlements in the Jordanian Valley will grow and flourish with life,” he said.Caucus co-chair Bezalel Smotrich (Bayit Yehudi) said, “We are lovers of the land of Israel who have come here to feel history with our feet and to declare that we have not lost hope that we will return to all parts of our homeland.”