10 years after Second Lebanon War, for a bereaved mother the pain is only worse

Despite anguish, Miki Goldwasser, mother of captured and killed reserve soldier Ehud, says the war was a great victory. 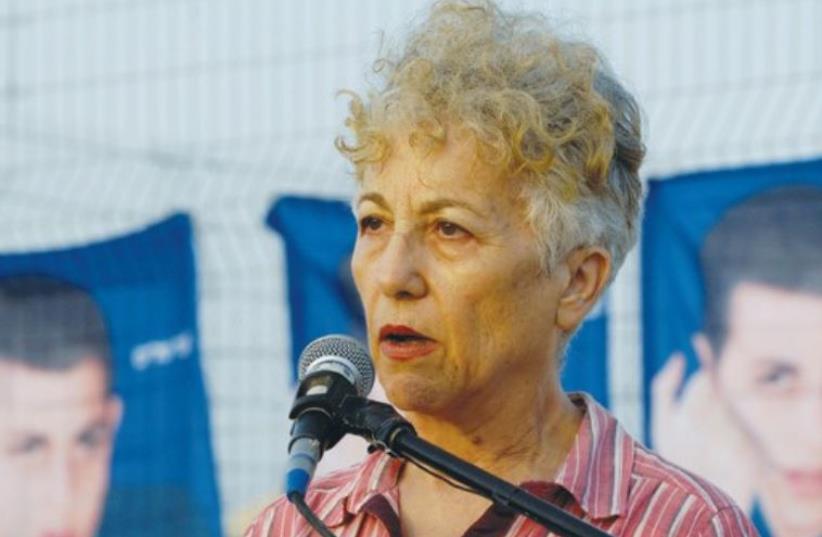 MIKI GOLDWASSER
(photo credit: REUTERS)
Advertisement
A family can live day-to-day on the edge of a black hole, always struggling to keep from falling into the abyss of grief and loss. For Miki Goldwasser, the last 10 years since her son was killed in a cross-border Hezbollah raid that led to the Second Lebanon War have been a balancing act, finding a way to stay alive by moving forward.“There’s a black hole in the middle of our lives and you live your life surrounding it. We have no desire to bury our heads underneath a blanket, we have two more children to take care of and we have to move forward,” Goldwasser told The Jerusalem Post last week, just ahead of the 10th anniversary of the war.On July 12, 2006, Ehud Goldwasser was a 31-year-old on his last day of reserve duty on the Lebanon border when his patrol was attacked.Ehud was killed along with 26-year-old reservist Eldad Regev, who was also on his last day of reserve duty.Both of their bodies were seized by Hezbollah and spirited into Lebanon. Three other IDF soldiers were killed in the raid, and five more perished in a failed rescue attempt immediately after.The 34-day war is seen to this day by many in Israel as a failure, one in which Hezbollah proved they could fight the Israeli army to a stalemate and exact a devastating toll on the Israeli home front.Miki Goldwasser, whose family paid a terrible price before the war even began, begs to differ.“That war was a great victory and only now after 10 years, people realize it. We needed to do this and what [then prime minister Ehud] Olmert did then we should have done years before. We never had deterrence and if we’d dealt with Gaza like we did Lebanon, my son would have never been taken.”She blames a sort of Israeli complacency for her son’s death. “Everyone always says it’ll be okay, why are you worried about the border? This is what struck our family.We never deal with things before or after, we just have committees of inquiry.”Ehud “Udi” was the eldest of three sons. He is survived by Yair, 36, and Gadi, 33.Gadi is a bachelor, but Yair is married with a one-year old girl, and a four-year-old son, Bar, who Miki says constantly reminds her of Udi – who, even at four years old was bright beyond his years.Miki says she can’t help but look at Bar and wonder what could have been.During efforts to return the bodies of Udi and Eldad, Miki was frequently in the news along with Udi’s widow, Karnit, today a member of the Tel Aviv City Council.Miki was a forceful presence then, and she doesn’t sound like she’s slowed down much since. She minces no words about the leadership before and after the war: “Tel Aviv residents... know more about cities in Europe than they do about northern Israel.” She also commented on the “disturbing” political leadership in the country, who she says she would not want her sons to go to war for.The 69-year-old is a “fulltime savta (grandmother) and still lives in Nahariya with her husband, Shlomo, who works for the Transportation Ministry. They stay busy, but at every moment of the day there’s a terrible loss hanging over their family, a deep sorrow that only gets worse with time.“The pain gets harder with time, naturally, and all of the bereaved families will say this. The longing just gets worse and it’s something you can’t describe unless you’ve been through it.”Miki has dreams where Udi is back with the family, talking, telling stories, and no matter what, “he’s always with us, always in the house with us.”She said they learned how to continue on with their lives, finding occasions for happiness, despite the loss and the daydreams about what could have been for Udi, a young husband and Technion graduate who showed great promise.“When Udi was killed he was 31, that’s not a baby, not a child. He’d already done a lot in his life, but he’s remembered as a captured soldier only – that was the title he received. It’s a shame, the sky was the limit for Udi.He wouldn’t have been just a captured soldier, he would have been more.”