The prime minister's chief of staff says there is no intention to go back on promise. 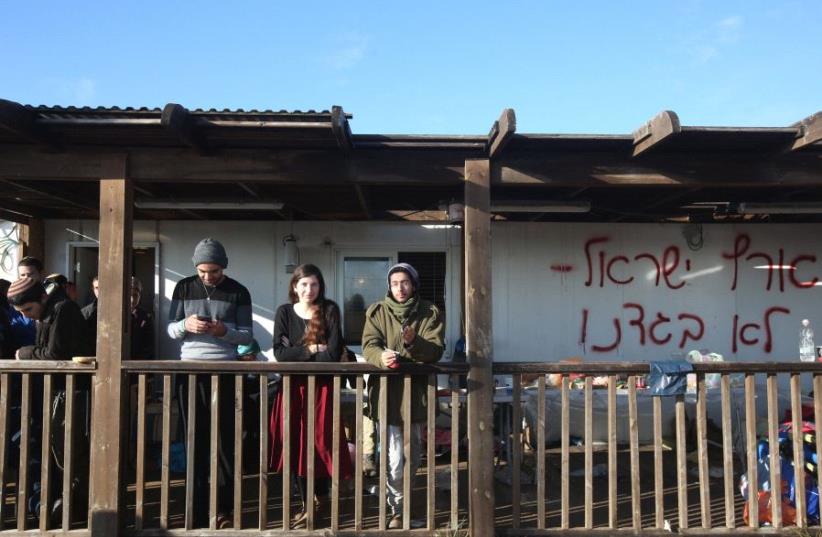 Evacuation of Amona
(photo credit: MARC ISRAEL SELLEM)
Advertisement
Prime Minister Benjamin Netanyahu’s office told the Amona evacuees on Monday that the government would approve a new settlement for them, the community of 40 families said.Chief of staff Yoav Horowitz “contacted us today and told us that the prime minister had not retracted his commitment to build a new settlement for the Amona evacuees, as he was obligated to do under the agreement we signed,” the Amona families said. “We welcomed the clarification.”The families said that the Amona community had experienced a series of disappointments, and therefore, wouldn’t feel certain that the government had kept its promise until tractors had cleared the land, homes were built and mezuzot hung on the door posts.
Israeli police evacuate Amona synagogue
They urged the prime minister and MKs to speed up the process. According to an agreement between the government and the Amona community, the new settlement is due to be legalized by the end of March, the families said.Earlier this month, the IDF, the Border Police and the Israel Police forcibly evacuated the small outpost that was located on a hilltop just outside the Ofra settlement. The High Court of Justice ruled that it must be taken down because it was built without permits on private Palestinian property.Netanyahu promised the families that a new settlement would be built for them, but during his meeting last week with US President Donald Trump, he indicated that approval and construction of that settlement would have to wait, saying that Israel and the US planned to create a mechanism to reach an agreement on settlement activity.A senior diplomatic official said Monday that no such agreement had yet been reached. The official said the Trump administration had yet to set up a team that would engage with Israel on this issue, and that no decision had been made on whether a new settlement would be built for the Amona evacuees.Later in the day, however, officials in the PMO, made clear that there was no intention to renege on commitments made to the Amona residents. The officials said that Horowitz spoke by phone from Singapore on Monday with Amona leaders and said that all efforts were being made to reach an agreed-upon solution.