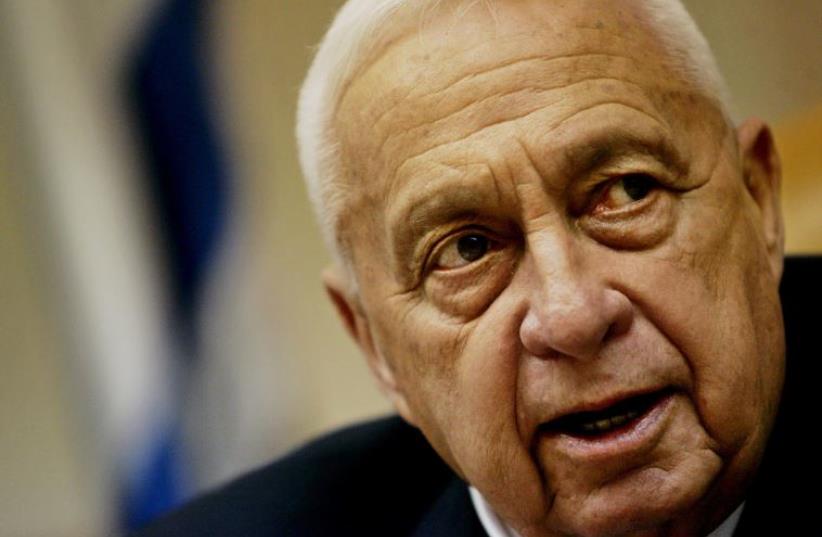 Then-prime minister Ariel Sharon speaks to his cabinet in Jerusalem on September 25, 2005
(photo credit: REUTERS)
Advertisement
Not only did then-premier Ariel Sharon fail to consult with the IDF General Staff in formulating Israel's withdrawal from the Gaza Strip, but he also disregarded opposition from most of his top generals, the former head of the army's central command told Israel Radio on Friday.Maj. Gen. (res.) Yair Naveh, who served as GOC Central Command during Sharon's tenure as prime minister, told Israel Radio that a majority of the military high command was convinced that a unilateral removal of Israeli settlers from Gaza would encourage more Palestinian terrorism.Naveh, a religious officer who ascended the ranks of the military, came under fire from the pro-settler community since he was still in his post during the planning and execution of the disengagement. At the time of the withdrawal, which took place 10 years ago, there were widespread calls for religious Zionist soldiers to disregard orders to forcibly remove settlers from the Gaza communities."If I had refused orders [during the disengagement], no religious officers would be promoted through the ranks of the army beyond the rank of major for the next 50 years," Naveh told Israel Radio.In what was perhaps the most controversial decision of his political career, Sharon, who for decades had been a champion of Jewish settlement on land Israel captured in the Six-Day War, engineered the eviction of residents from 25 communities in Gush Katif and northern Samaria.