Arnon Milchan considering coming to Israel to testify in Case 1000

Businessman Arnon Milchan, now in London, may file defamation lawsuits against several people who he says defamed him. 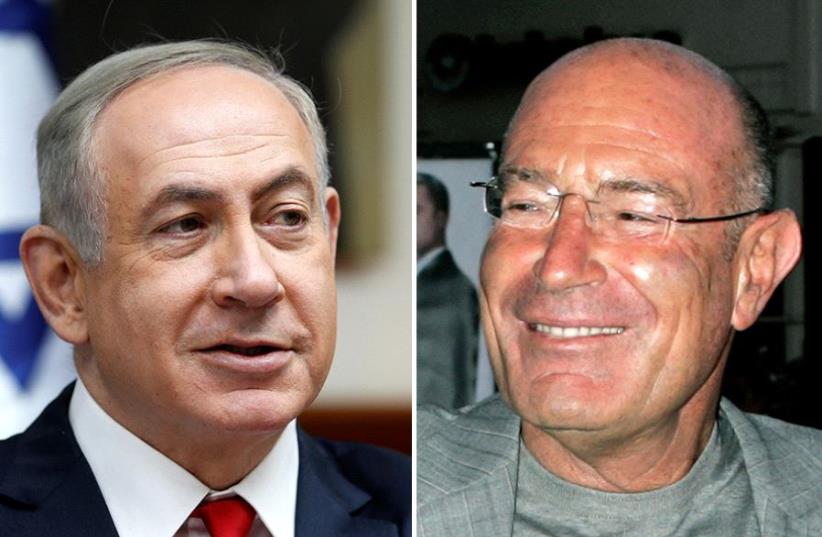 Businessman Arnon Milchan is considering coming to Israel to testify as part of Case 1000, commonly known as the Gifts Case.

Milchan is also considering filing defamation lawsuits against a number of notable figures who he says defamed him. However, it is possible that he will end up preferring to testify from abroad and manage his claims remotely.

The decision will be made in the coming days.

Milchan is considered a key witness in Case 1000 because, according to the indictment, he and businessman James Packer paid favors worth about NIS 700,000 to then-prime minister Benjamin Netanyahu.

A few weeks ago, a number of senior officials at the State Attorney's Office went to London, where Milchan currently resides, to give him a refresher before he testifies in the trial.

BENJAMIN NETANYAHU arrives at the Jerusalem District Court for a hearing in his trial, in May. The writer asks: What will Netanyahu need to concede in exchange for his get-out-of-jail-free card? (credit: YONATAN SINDEL/FLASH90)

Regarding the defamation lawsuits, quite a few social media posts exist on various platforms in which Milchan is spoken of negatively. Supposedly, Milchan has had enough.

What are the cases over which Netanyahu was indicted?

In Case 1000, as mentioned, Netanyahu is accused of receiving favors from Milchan and Packer. The main gifts were cigars, cases of champagne and jewelry.

An additional claim is that Netanyahu acted in Milchan's favor in three matters in which the businessman requested his intervention:

According to the lawsuit, these acts damaged the public service's image and the public's trust in it. In this case, Netanyahu is accused of fraud and breach of trust.

Case 2000, the Netanyahu-Mozes case, deals with conversations between Netanyahu and Yediot Aharonot publisher Noni Mozes. In those conversations, the two allegedly discussed benefiting the prime minister's coverage in the Yediot Group in exchange for imposing restrictions on the newspaper's main competitor Israel Hayom.

Case 4000, the Bezek-Walla affair, is considered the most serious case from Netanyahu's point of view. It deals with regulatory benefits worth hundreds of millions of shekels, which Netanyahu allegedly granted to Shaul Elovitch. In return, according to the indictment, Elovich worked to bias the coverage on the Walla! website, which was under his control. In this case, Netanyahu is accused of bribery.