Bennett to ‘Post’: Kotel now open to all Jews 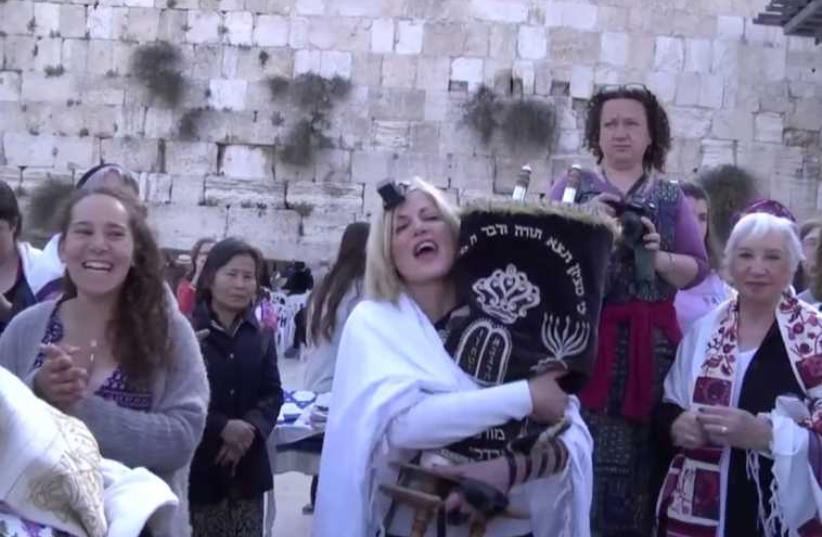 Women of the Wall at the Kotel
(photo credit: screenshot)
Advertisement
Sunday’s cabinet vote to upgrade and legally sanction an egalitarian prayer space at the Western Wall will open a new page in Israel-Diaspora relations, Education and Diaspora Affairs Minister Naftali Bennett told The Jerusalem Post Monday night, in his first reaction to the decision.Bennett said he was proud that in August 2013 he created an expanded prayer platform at the Robinson’s Arch area near the Southern Wall.First proposed by the Neeman commission in 1998, it was recommended for expansion by Jewish Agency chairman Natan Sharansky ahead of Bennett’s decision as religious affairs minister to build it.“From today the Kotel is open to all Jews,” Bennett said. “All Jews need to know that they have a share in the Kotel, whoever they are. We can be unified even though we disagree.”Bennett said the lack of a pluralistic prayer site at the Wall was brought up repeatedly by Diaspora Jews and he was glad it was finally dealt with.“It has been a significant blocking point and it was important that we put the issue behind us,” he said.“It was not a matter of pressure.I pushed for this because it was the right thing to do.I stand behind the move despite the pressure I’ve felt from the other side in Israel.”Bennett declined to say whether the decision would lead to additional recognition for religious pluralism in Israel or equal funding for non-Orthodox institutions and rabbis.He criticized a statement by Tourism Minister Yariv Levin, that the pluralistic prayer site would not be needed in two or three more generations, because there would no longer be Reform Jews due to assimilation.“I don’t accept any negative disrespectful statements for our brothers around the world,” he said. “I’m proud to be an Orthodox Jew, but I’m minister of the entire Jewish Diaspora and I won’t accept attempts to taint the Jewish people.”Zionist Union MK Yael Cohen-Paran, who serves on the board of a Conservativesynagogue, called Levin’s statement “shameful and delusional.”“Conservative and Reform Judaism prevent assimilation and bring the beauty of Judaism to light,” Cohen-Paran said.“It is sad that instead of bringing unity, Levin divides and incites against one of the most important streams in Judaism.Israel would not be strong today without the support of Reform and Conservative Jews.”Kulanu MK Michael Oren, who was raised attending a Conservative synagogue and now attends a Reform one, tweeted, “What boosts assimilation more: an exclusively Orthodox Kotel, or one that fulfills Israel’s claim to be the nation-state of the Jewish people?” The Ruderman Family Foundation, a leader in Israel-American Jewry relations, strongly condemned comments made by the chairman of the Knesset Finance Committee Moshe Gafni Sunday that Reform Jews are “clowns” and that “there will never, ever be recognition for this group of clowns, not at the [Western] Wall and not anywhere else.”“On the same day the Israeli Government recognized the right of all Jews to worship at Judaism’s holiest site, strengthening Israel’s relationship with the vast majority of Diaspora Jews, a senior member of Prime Minister Netanyahu’s coalition once again has insulted the largest religious stream in the American Jewish community,” said Jay Ruderman, President of the Ruderman Family Foundation.“In calling over 1.5 million American Reform Jews “clowns”, Chairman of the Knesset Finance Committee Moshe Gafni has attempted to drive a wedge between the Jewish State and the most significant Jewish community in the Diaspora.”A poll sponsored by Ruderman found that 82 percent of Israeli Jews believe that all Jews, including Reform and Conservative, should feel that the Western Wall belongs to them and that every Jew, regardless of denomination, should feel welcome in Israel. Nearly 60% agreed that distancing from American Jewry is a threat to state security.“While MK Gafni may have religious disagreements with Reform Jews, he represents Prime Minister Netanyahu’s government,” Ruderman said.“The prime minister knows the vital role American Reform Jews play in ensuring that the United States remains Israel’s greatest ally in the world and the potential destructiveness of MK Gafni’s remarks. Netanyahu should immediately release a statement condemning MK Gafni’s remarks and officially distance his government from such bigoted speech.”Jeremy Sharon contributed to this report.