A bill that would grant Pollard a monthly stipend was not brought to a vote in the Knesset due to the sensitive nature of the subject. 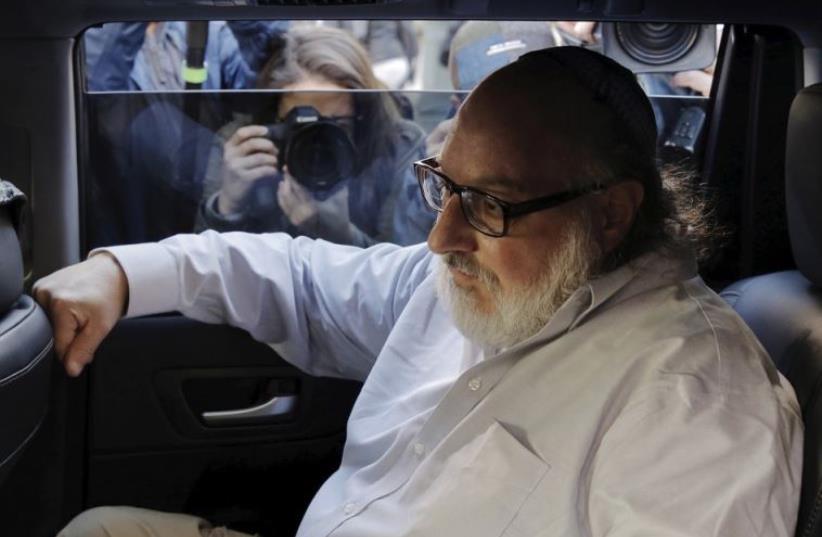 Israeli spy Jonathan Pollard leaves a federal courthouse in New York
(photo credit: REUTERS)
Advertisement
A bill that would grant Israeli spy Jonathan Pollard a monthly stipend was not brought to a vote in the Knesset due to the sensitive nature of the subject.MK David Bitan (Likud) decided on Sunday not to bring a bill to a vote in the Ministerial Committee for Legislation that would require the country to financially support Pollard after his November 20 release from American prison following a request by the National Security Council.
Jonathan Pollard freed from prison after 30 years
According to The Jerusalem Post’s sister publication Maariv, the National Security Council asked Bitan to shelve the bill and not bring it up for discussion in the legislation committee due to the sensitive nature of the issue.Pollard has filed a request through his lawyer to remove some of the more restrictive conditions of his parole, claiming that they are illegal. Jerusalem officials are concerned that any legislative process regarding Pollard could only cause more harm.According to MK Bitan’s bill, which has garnered the support of an additional 40 MKs, the State of Israel would provide Pollard with a monthly stipend and assist with the payment of rent and medical bills.The government would be authorized to determine the sum of money to be transferred to Pollard every month, based on the criteria of the law.According to Bitan, “After everything Pollard has been through and contributed to the State of Israel, the country should take care of him and allow him to live with dignity.”Effi Lahav, who heads the Free Pollard campaign, explained yesterday that he himself requested from the National Security Council to intervene and prevent the proposal of the bill.“Pollard is now trying to return to normal life as much as possible, and is working through his lawyers to ease the restrictions imposed on him.The last thing he needs is publicity and noise around him and attempts to forward legislation connected to him,” Lahav said.President Reuven Rivlin is scheduled to leave for the United States on Monday night where he will meet with US President Barack Obama over the weekend in New York. The President’s Residence and the Free Pollard campaign have said that no meeting has been planned between President Rivlin and Pollard.