There are 25 such NGOs registered in Israel, five of which have a total of 12 volunteers doing national service. 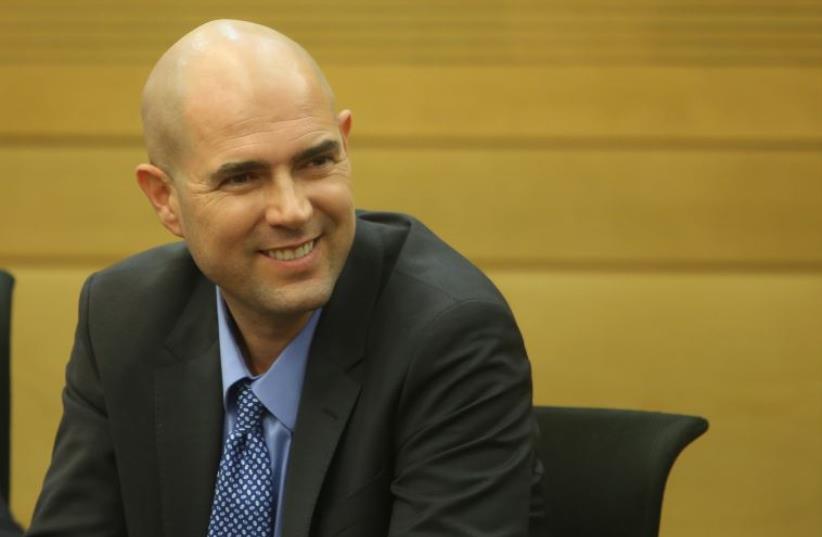 MK Amir Ohana
(photo credit: MARC ISRAEL SELLEM/THE JERUSALEM POST)
Advertisement
New legislation introduced this week seeks to reduce government ties to organizations that receive most of their funding from foreign governments by not allowing national and civilian service to be done via those NGOs.The bill proposed by MK Amir Ohana (Likud) uses the same standard as the controversial NGO Transparency Law, which requires all organizations that receive most of their funding from foreign political entities to mention that fact in all publications and contact with government officials.There are 25 such NGOs registered in Israel, five of which have a total of 12 volunteers doing national service, the civilian alternative for those who cannot serve in the IDF for religious, medical or other reasons. The government budget for national service is almost NIS 500 million per year, and the expenses for each individual volunteer, who receives a monthly stipend far below minimum wage, are split between the government and the place where he or she volunteers.According to a report by the rightwing organization Im Tirzu, which has advocated for legislation limiting the activities of foreign-funded NGOs, the organizations that would fall under the bill’s purview include B’Tselem, the Public Committee Against Torture in Israel and Gisha, which have repeatedly accused Israel of war crimes in international forums and are quoted in the Goldstone Report on Operation Cast Lead and the UN report on Operation Protective Edge.The other organizations are Israel Social TV, which features programming supporting the BDS movement, and the Hotline for Refugees and Migrants, which has petitioned the High Court against the government’s policies to prevent illegal immigration.“It cannot be that we ourselves are providing subsidized manpower to organizations that are acting on the interests of foreign countries, representing Israel as a war criminal, defending arch-terrorists and slandering IDF soldiers who defend us day and night,” said Ohana.The Likud MK said he tried to put an end to the phenomenon by submitting a parliamentary question to Agriculture Minister Uri Ariel, who is responsible for national service, but that no change was made since then.“There is no choice but to pass a law that will stop this,” he said.Im Tirzu director-general Matan Peleg characterized the aforementioned organizations as “working against the country with foreign government money,” adding: “We must remember that European government intervention in Israel’s internal affairs grew a lot in recent years and it looks like it is never enough for them.“Europeans [fund] construction for Palestinians in Area C, hundreds of petitions to the High Court via Israeli organizations, lobbying to change internal laws, funding organizations that act against Israel in the world, and more.”The bill, Peleg said, will “defend national service from the growing internal intervention, which is undemocratic at its basis.”