Bill would define killing by rock-throwing as murder

Ministers to vote on establishing new scale for murder, manslaughter and wrongful death charges and punishments. 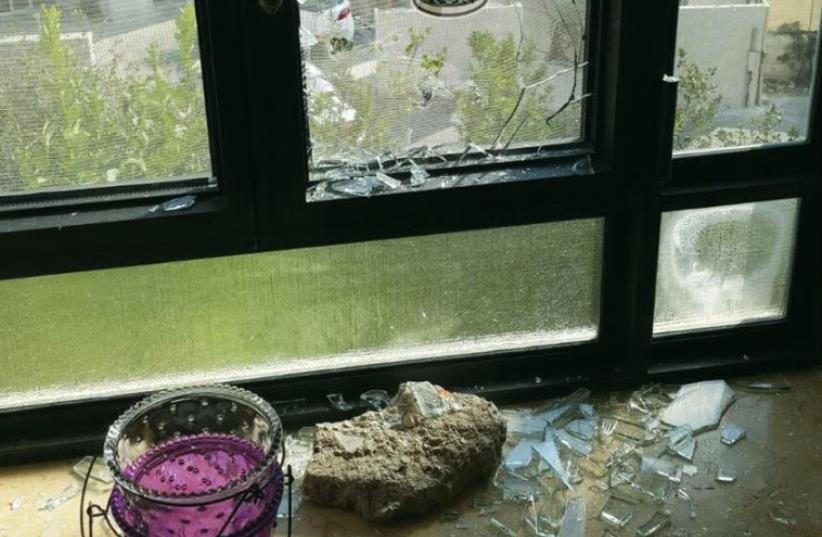 Rock-throwing shatters a window in an East Talpiot home.
(photo credit: GIL SCHECHTER)
Advertisement
If a person dies as a result of rock-throwing, the thrower will be considered to have murdered him or her, if a new bill proposed by MK Nurit Koren (Likud) becomes law.Koren submitted the bill on Thursday, in response to the death of Alexander Levlovich after rocks were thrown at his car on Rosh Hashana.The legislation states that if someone’s death was caused directly or indirectly because of terrorist rock-throwing, the person charged with throwing the rocks will be considered to have committed murder, which carries a life sentence.“A rock is a weapon in every way, and therefore, in a case that someone’s death is caused by rock-throwing the punishment must be serious,” Koren stated. “When a person throws rocks at a person or car, he is doing so in order to cause bodily harm, and must be punished to the full extent of the law.”“As far as the law and the punishment are concerned, a rock is the same as a gun,” she added.On Sunday, the Ministerial Committee for Legislation is expected to vote on changing the scale of crimes and punishments for killing someone to reflect the spectrum of situations that are brought to the court.Currently, the law accounts for murder, which carries a mandatory life sentence, manslaughter, with a maximum sentence of up to 20 years, and wrongful death, for which one can spend up to three years in prison.The proposal, drafted by the Justice Ministry following recommendations by Israel Democracy Institute’s Prof. Mordechai Kremnitzer, would divide murder into aggravated murder, which would carry a mandatory life sentence, and other forms of murder, for which life would be the maximum sentence.Instead of manslaughter, there would be manslaughter with reduced liability, for which one can spend up to 20 years in prison, and reckless manslaughter, with a nine-year maximum sentence. Wrongful death through gross negligence would carry a sentence of up to five years, and other types of wrongful death would have a maximum sentence of three years.Kremnitzer said, “This bill will allow the Knesset to undertake an important and necessary reform and replace a chapter in the penal code that was legislated during the British Mandate with a modern arrangement that is worthy of a democratic state in the 21st century.”