Claws are out: Don't deport my kitty, say MKs' in response to proposal to deport Israel's strays 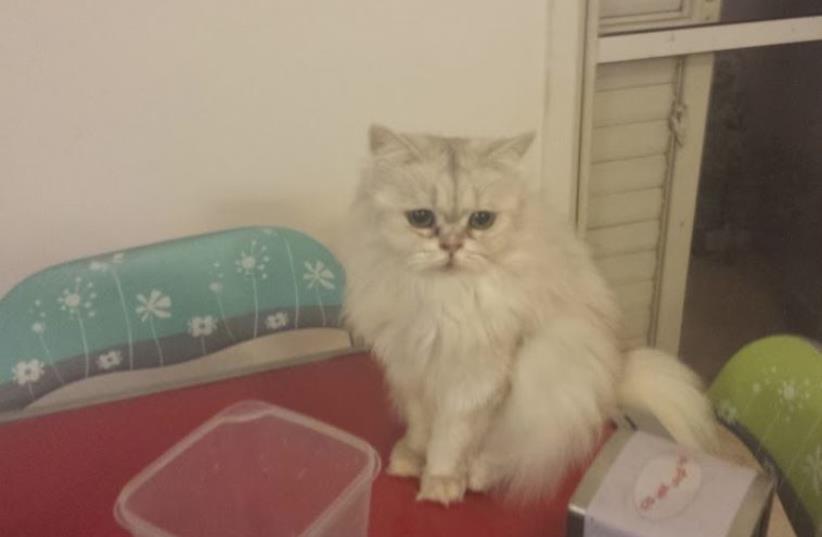 Sad cat
(photo credit: NATI GABBAY)
Advertisement
Animal rights activists and politicians slammed Agriculture Minister Uri Ariel on Monday, after a letter, in which he suggested the transfer of Israel’s stray cats to another country, circulated around the media that morning.According to the October 15 letter, published originally by Yediot Aharonot on Monday, Ariel wrote to Environmental Protection Minister Avi Gabbay to consult with his colleague on ideas to replace the country’s current program of spaying and neutering stray cats. Ariel proposed two alternatives – the first, to use the existing budget to “transfer feral cats from one gender (all males or all females) to a foreign country” willing to receive them.The agriculture minister’s second proposal involved using sprays, powders or pastes to prevent male cats from smelling the odors of wandering females. Although not written in the letter itself, many politicians and media reports claimed that Ariel would like to end the spaying and neutering program due to halachic concerns with the process.In response to Monday’s reports, an Agriculture Ministry spokesman said that the office carried out consultations regarding the options available and examined alternative proposals to spaying and neutering that “do not involve grief and suffering.”“Among the proposals that arose was the possibility to transfer the animals to a foreign country that would agree to this, but this proposal was rejected,” a statement from the ministry said. “At the end of the discussions, it was decided that the ministry’s chief scientist, Dr. Avi Perl, would issue a call for practical research proposals that would find lasting solutions to the reproductive problem of the animals while causing minimal pain.”Many Knesset members and animal rights activists, however, expressed their disappointment with the proposals to replace the current program.On her Facebook page on Monday, MK Tamar Zandberg (Meretz) argued that the solution of spaying and neutering works, and that, in recent years, more than 100,000 cats have been sterilized – reducing the population of stray cats and improving health.“Minister Uri Ariel now proposes to stop spaying and neutering, for halachic reasons,” she wrote. “The result will not be absorption in a third country, but a dramatic rise in the number of kittens born annually, which would also increase the number of street cats who die every year from hunger, thirst, cold and dehydration.”Just days before Ariel’s letter regarding the animal transfers was published on Monday, Zandberg sent a letter to the minister, asking him to reconsider the idea of ending the spaying and neutering program.“As long as there is no effective alternative that can be put into use immediately, stopping this standard practice will result in grave injustice to animals who already suffer most of their short and difficult lives,” she wrote.Although she acknowledged that the non-surgical solution of using sprays to sterilize the cats would be welcome if they could reduce unnecessary pain and suffering, Zandberg stressed that the existing procedure has proven to be effective.In addition, she wrote that the lag time between stopping surgical procedures and commencing new methods would likely “lead to severe results and increase the suffering of these animals.”MK Zehava Gal-On (Meretz) went so far as to write on her Facebook, “I don’t know if there is a halachic ruling on the matter, but when the minister responsible for animal rights raises a proposal that conflicts with basic morality, it is time to look for a foreign country that would agree to absorb him.”Also taking to Facebook, MK Tzipi Livni (Zionist Union) posted a photograph on Monday afternoon of herself feeding her cat, with the caption: “There is no way that ‘Pitzkalle’ is getting a foreign passport.”MK Yoel Hasson (Zionist Union), meanwhile, accused Ariel of being a “minister from the Middle Ages.”“Why do we need progress when we can go back to the days of the Bible and send dozens of planes loaded with cats so we can castrate them on the ‘goyish’ soil of Europe,” Hasson said. “This is a primitive and immoral solution.”Like the Knesset members, the organization Let Animals Live described the proposal to transfer the cats abroad as “contrary to the Animal Welfare Law.” The organization also criticized the minister for delaying the approval of annual funds to spay and neuter the animals.“The delay in passing the budget and in implementing sterilization and castration is causing damage to cats born to lives of suffering on the street, and also to the community in which they live,” said Yael Arkin, CEO of Let Animals Live. “The funds must be budgeted for spaying and neutering immediately, so that we do not lose the achievements we have made since 2008 in reducing the breeding of cats in the community.”