According to Consul-General of Israel in New York Ido Aharoni, under Obama and Netanyahu, the bond between Israel and the United States has never been stronger. 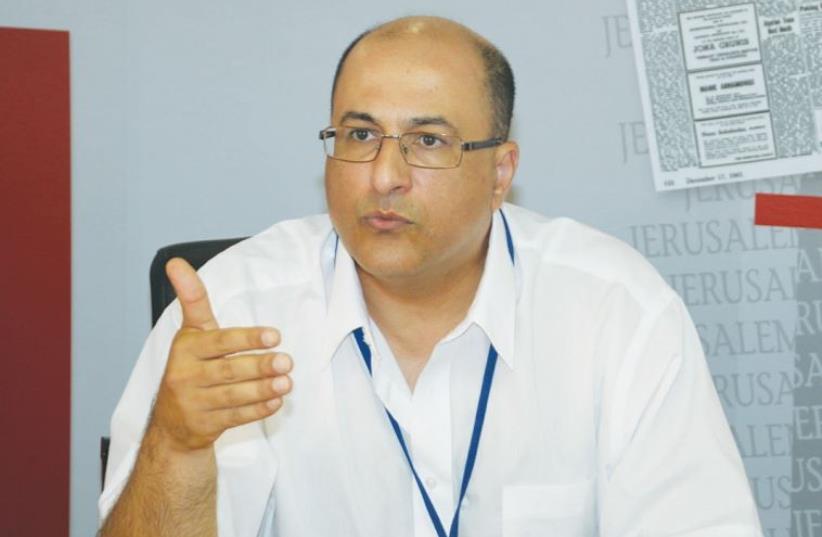 NEW YORK CONSUL-GENERAL Ido Aharoni meets with ‘Jerusalem Post’ staffers yesterday
(photo credit: TOVAH LAZAROFF)
Advertisement
NEW YORK – “People can say whatever they want but the relationship between Israel and the United States, but at least when it comes to cooperation between military, and intelligence and government to government, it is perhaps unprecedented,” Consul-General of Israel in New York Ido Aharoni said at a ceremony in memory of slain prime minister Yitzhak Rabin on Wednesday night at Temple Emanu-El in Manhattan’s Upper East Side.In light of the 20th anniversary of Rabin’s assassination, many have compared the US-Israel relationship under Clinton and Rabin to the current relationship between US President Barack Obama and Prime Minister Benjamin Netanyahu, speaking about a rift that could erode the common values between the two countries.“The relationship between Bill Clinton and Yitzhak Rabin, it was very special,” Aharoni recalled.Aharoni witnessed the friendship between the two leaders while he was serving in the Foreign Ministry in 1993, and had traveled to Washington as part of Shimon Peres’s delegation for the signing of the Oslo Accords.“It was pretty amazing for a young diplomat to observe,” he told The Jerusalem Post. “The relationship between them was just outstanding.”According to him, however, under Obama and Netanyahu, the bond between Israel and the United States has never been stronger.“If you look at the terminology, at the policy, at the hard facts, you have the last four administrations in the United States, since the first administration of George W. Bush, and the last four Israeli governments, all committed to a two state solution,” Aharoni continued.Speaking of the current tensions in Israel, the consul-general said, “During the Rabin area we felt that the conflict between us and the Palestinians was essentially territorial and there was a territorial deal to be made.”“But today more and more people in Israel and outside of Israel will tell you that they are convinced that the conflict is not just territorial but also existential,” he explained.Over 150 people had gathered at the temple to remember Rabin, assassinated 20 years ago on November 4, 1995, in Tel Aviv.“What I saw in him is the devotion and the total commitment the people that worked with him had for him and to me that’s the No. 1 indication as to the quality of a human being,” Aharoni said. “They trusted him, they admired him, they loved him.”The hour and a half long event, organized by the consulate, was presented by actor Tony Lo Bianco and included speeches by Jewish community leaders, as well as musical segments and prayers.