The board had delayed its order so that the state prosecution could appeal to the Lod District Court. 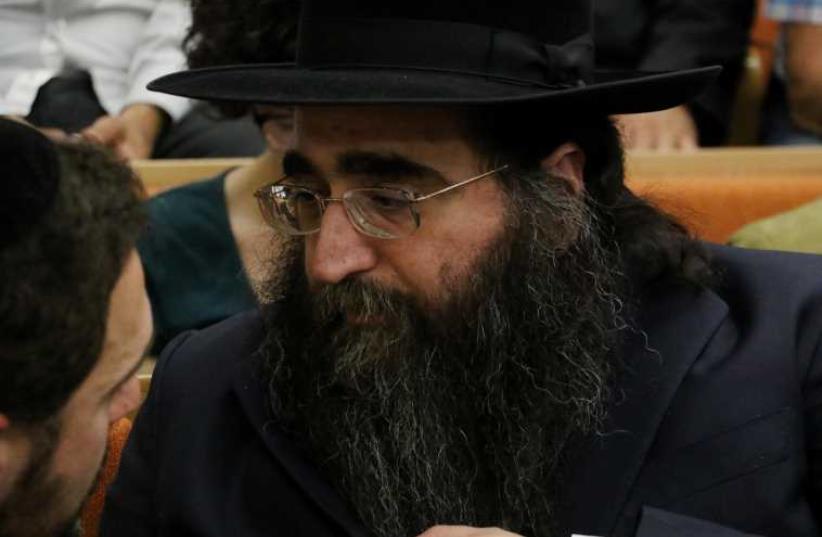 Rabbi Pinto
(photo credit: SHAUL GOLAN/GPO)
Advertisement
The Lod District Court on Thursday overturned the Parole Board’s decision last week to grant Rabbi Yoshiyahu Yosef Pinto’s request for early release seven months into a one-year jail sentence for attempted bribery.Pinto is expected to make a final appeal to the Supreme Court.The board had delayed its order so that the state prosecution could appeal to the Lod District Court. Pinto’s one-year sentence followed a failed legal and public relations campaign to avoid any prison time, including cutting a plea bargain with the prosecution to turn state’s witness against Menashe Arbiv, the former head of the Israel Police’s Lahav 443 anti-corruption unit.After the Supreme Court denied his appeal of his sentence on January 5, Pinto’s entry to Nitzan Prison in Ramle was only a matter of time.Tel Aviv District Court Judge Oded Mudrik sentenced Pinto to his one-year prison sentence as part of a plea bargain in May 2015 along with a NIS 1 million fine.Pinto tried to bribe the police’s National Fraud Squad head Ephraim Bracha with $200,000 to get information from him about a criminal investigation into the Hazon Yeshaya foundation Pinto was running.Bracha reported Pinto’s actions to his superiors, then continued to gather evidence on the rabbi.In summer 2015, Bracha committed suicide following a public campaign against him on a number of fronts, including by followers of Pinto via social media.Pinto is the founder of the Shuva Israel Yeshiva and a well-known rabbi in both Israel and the US. He is also a descendant of two Sephardi rabbinical dynasties, Pinto and Abuhatzeira. Forbes has previously listed him as the seventh-richest rabbi in Israel.Seeking to avoid jail time, Pinto’s former lawyer, Eyal Rozovsky, had told Mudrik in May 2015 that he should only get six months community service because he is a state’s witness who made possible a huge criminal case against Arbiv, whom the state recently announced it will likely indict.Rozovsky also pointed out that other state’s witnesses got off with no jail time.But the state successfully convinced Mudrik and the Supreme Court that Pinto was fortunate, courtesy of the plea bargain, to not be serving five years in prison for attempted bribery, and that one year was a lenient sentence.After Mudrik’s sentencing Pinto to jail in May 2015, the prosecution declared that “even powerful people with connections still get justice for their deeds.”