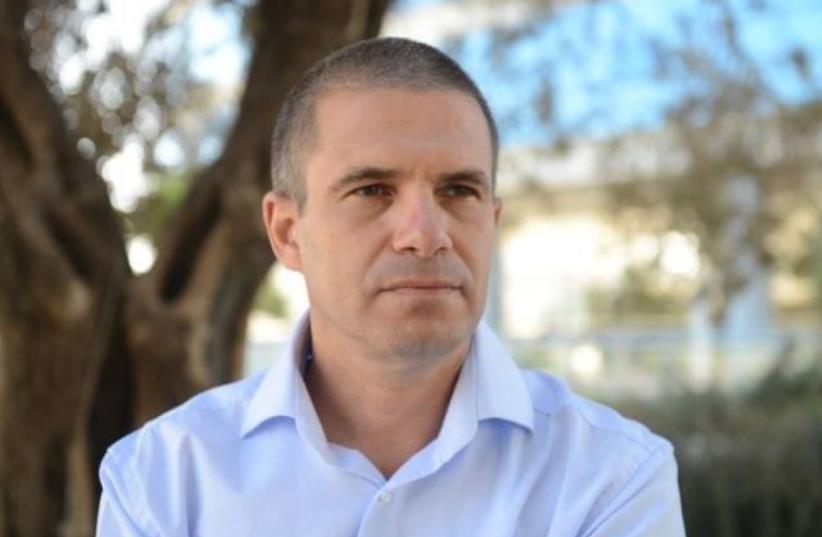 Gal Hirsch
(photo credit: FACEBOOK)
Advertisement
A group of former Israeli Police inspectors-general met for an emergency meeting in Tel Aviv on Thursday night to formally oppose the appointment of Gal Hirsch, a former IDF brigadier-general, to lead the police force.“We have nothing against Gal Hirsch,” said former police chief Moshe Karadi.“But we’re worried about the way the decision was made, and the risks of this move.”Public Security Minister Gilad Erdan on Tuesday chose Hirsch, who has never served in the Israel Police, to succeed Insp.-Gen. Yohanan Danino, who recently retired. Hirsch, 51, resigned from the IDF amid controversy following the Second Lebanon War in 2006, during which he commanded the Galilee Division.Five former inspectors-general and more than 30 former assistant-chiefs in the Israel Police mobilized to coordinate their efforts to thwart the appointment.“A minister who makes this kind of appointment clearly doesn’t understand the work of the police,” former police commissioner Yehuda Wilk said. The group called for State Comptroller Joseph Shapira and the Turkel Committee on Appointments of Senior Civil Service Officials to reconsider the appointment. The Turkel Committee needs to approve Hirsch’s appointment for it to go through.At the end of the meeting, Karadi read out the group’s conclusions.“We called this meeting to discuss the significance of the minister’s decision,” he said.“As citizens with extensive experience in the police, we found it necessary to explain our position to the prime minister.” He added, however, that if Hirsch’s appointment is finalized, the group will stand by him.Not only former police officials spoke out against the appointment on Wednesday.Zvi Regev – whose son, IDF reservist Eldad Regev, was captured and killed by Hezbollah guerrillas from Lebanon in a cross-border raid along with fellow reservist Ehud Goldwasser in 2006, setting off the Second Lebanon War – told Army Radio that he views Hirsch as responsible for the abductions.“I have mixed feelings about the appointment of Brig.- Gen. (res.) Gal Hirsch,” Regev said during the interview.“Gal Hirsch was the commander of the division that operated in the area where my son was kidnapped. He was responsible for allowing the kidnapping, and to this day only he knows what really happened there. We have only received partial reports about what happened.”Following the abductions, then-IDF chief of staff Lt.- Gen. Dan Halutz said that Hirsch would not be promoted again. However, the Winograd Committee, which investigated the war, later absolved Hirsch of any blame for the kidnapping, with the committee’s chairman, Dr.Eliyahu Winograd, saying he was scapegoated.Hirsch subsequently returned to the IDF as a reserve deputy commander of the Depth Corps in 2012. He presently works as chairman of the Israel Leadership Institute, an educational NGO, and Defensive Shields Holdings, a consulting service.Meanwhile, MK Mickey Levy (Yesh Atid), a former assistant-chief who was in charge of the Jerusalem police, echoed Amit’s criticism, saying Erdan should have selected one of the current assistant-chiefs, not an outsider.Hirsch is “a person who does not know the Israel Police at all, which went through difficult upheavals in the last year,” said Levy.One senior government official – who is closely involved in police matters, and requested anonymity due to the sensitivity of his criticism – deeming the appointment “politically motivated,” agreeing that Hirsch was unjustly promoted.“A brigadier-general is two ranks below the position he has been given with the police,” the official said. “So, the question that should be asked is: Would a deputy- chief [the equivalent of a brigadier- general] from the Israeli Police be appointed to a similar position in the IDF? Would the defense minister approve a police brigadier-general to head of staff of the IDF, which is also a two-rank difference? “The answer is probably no,” he answered.Still, the official said he is confident that Erdan’s decision was not made lightly.“The public security minister carefully thought things out,” he said. “It’s a big risk, but sometimes risks have to be taken in order to move ahead.”Erdan, who called Hirsch “an excellent and valued officer who led changes and reforms in every unit he commanded,” said he is confident with his choice.“I am convinced that Gal is the most appropriate candidate at this time to lead the changes necessary in the Israel Police and to increase trust in it,” he said after announcing the appointment.“Together with the Israel Police officers and experienced senior commanders, Gal will promote important reforms to increase the personal security of Israel’s citizens and improve their quality of life.”Former Jerusalem District police chief Arye Amit on Wednesday called the appointment “delusional and wrong,” Walla! reported.“I do not understand minister [Erdan],” Amit reportedly said.“He has no idea about the police. You cannot take a person who the IDF did not want or promote... and hand him such a top job.”The Jerusalem Post staff and Lahav Harkov contributed to this report.