Danon: Too soon to tell how US statement will affect settlements

"We will not always agree on everything." 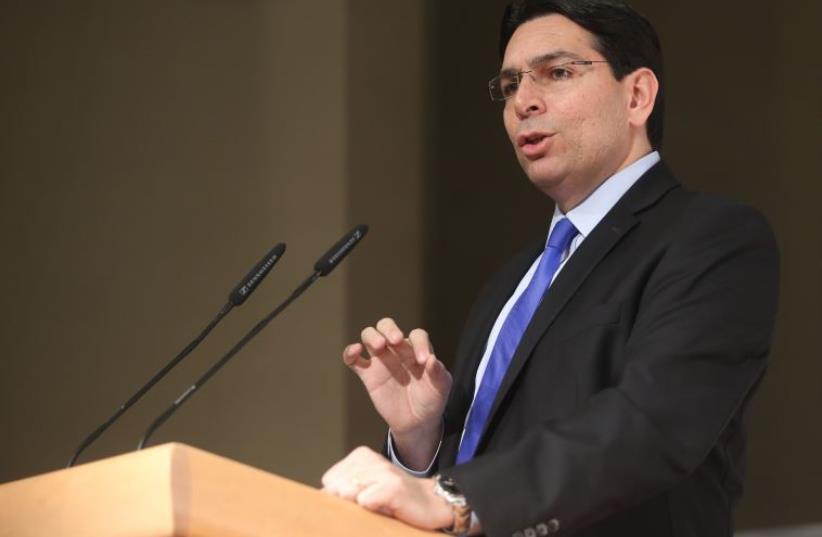 Danny Danon
(photo credit: MARC ISRAEL SELLEM/THE JERUSALEM POST)
Advertisement
Israel's ambassador to the United Nations said on Friday it was too early to tell how the White House's latest statement on Israel's recent drive to build new homes in the  West Bank would affect future building.It was a first reaction by an Israeli official to the statement in Washington hours earlier by the administration of US President Donald Trump that Israel's building of new settlements or expansion of existing ones in the West Bank may not be helpful in achieving peace with Palestinians."It's still too early to tell ... I would not categorize this as a U-turn by the US administration but the issue is clearly on their agenda ... the issue will be discussed when the prime minister (Benjamin Netanyahu) meets the president in Washington," Israel's UN ambassador, Danny Danon told Israel Radio."We will not always agree on everything."The White House warned Israel on Thursday to cease settlement announcements that are “unilateral” and “undermining” of President Donald Trump’s effort to forge Middle East peace, a senior administration official told The Jerusalem Post.For the first time, the administration confirmed that Trump is committed to a comprehensive two-state solution to the Israeli- Palestinian conflict negotiated between the parties. The official told the Post that the White House was not consulted on Israel’s unprecedented announcement of 5,500 new settlement housing units over the course of his first two weeks in office.“As President Trump has made clear, he is very interested in reaching a deal that would end the Israeli-Palestinian conflict and is currently exploring the best means of making progress toward that goal,” the official said."With that in mind, we urge all parties to refrain from taking unilateral actions that could undermine our ability to make progress, including settlement announcements,” the official added. “The administration needs to have the chance to fully consult with all parties on the way forward.”Trump plans to bring up the peace process in his meeting with Prime Minister Benjamin Netanyahu at the White House scheduled for February 15.